Big-set Hollywood musicals get a revival in ‘La La Land’ 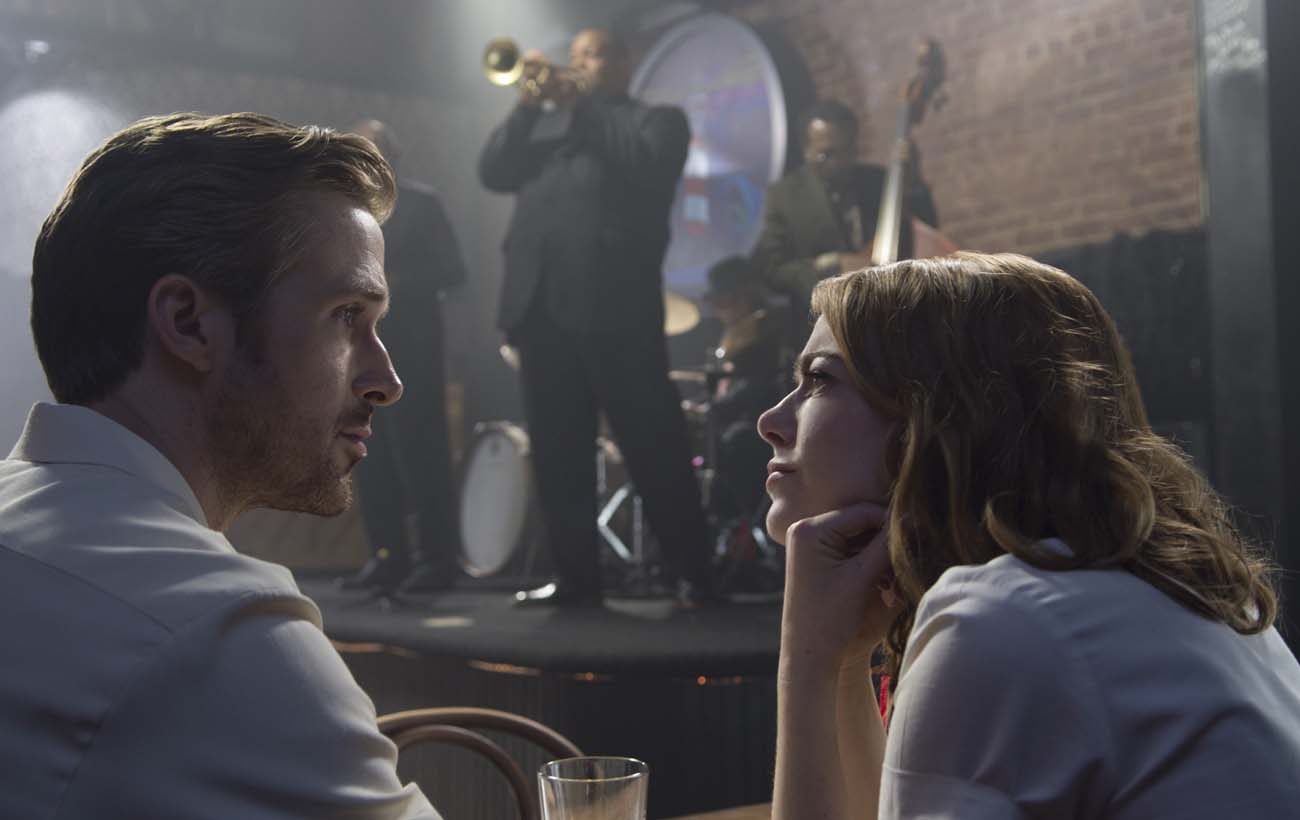 Writer-director Damien Chazelle (“Whiplash”) dreams big in this over-the-top fantasy where drivers exit their cars on a freeway overpass and burst into song, and lovers float in the air amid the projected stars in a planetarium.

Beautifully shot in widescreen CinemaScope, “La La Land” is a unique and self-indulgent film, to say the least. But it tends to lose its way when song and dance take over. Fortunately, that’s largely made up for by Chazelle’s engaging script, a cast of first-rate actors, and superb jazz music.

In the city where dreams are manufactured, two star-crossed lovers meet: Mia (Emma Stone), an aspiring actress, and Sebastian (Ryan Gosling), a jazz pianist. Each is driven toward a singular goal. Mia wants to be a movie star, while Sebastian hopes to open his own club.

Their gooey romance bubbles over into a series of numbers worthy of Gene Kelly and Leslie Caron. In this context, the corny dialogue is utterly appropriate, even charming:

“It’s pretty strange that we keep running into each other,” Mia tells Sebastian.

“Maybe it means something,” he replies.

Needless to say, the path to success is rocky, and perseverance is sorely tested. Mia suffers one humiliating audition after another. Sebastian, broke, joins a rock band led by his newfound friend Keith (John Legend), and heads out on the road, sacrificing his craft for a paycheck.

Separation frays the relationship, and conflict ensues. As the music swells and Mia warbles tunes like “The Fools Who Dream,” the power of love to conquer all seems momentarily in doubt.

The film contains an implied premarital relationship, a few rough terms and some crude language. The Catholic News Service classification is A-III — adults. The Motion Picture Association of America rating is PG-13 — parents strongly cautioned. Some material may be inappropriate for children under 13.

NEXT: Despite flaws, book has much to offer parishes dealing with diversity