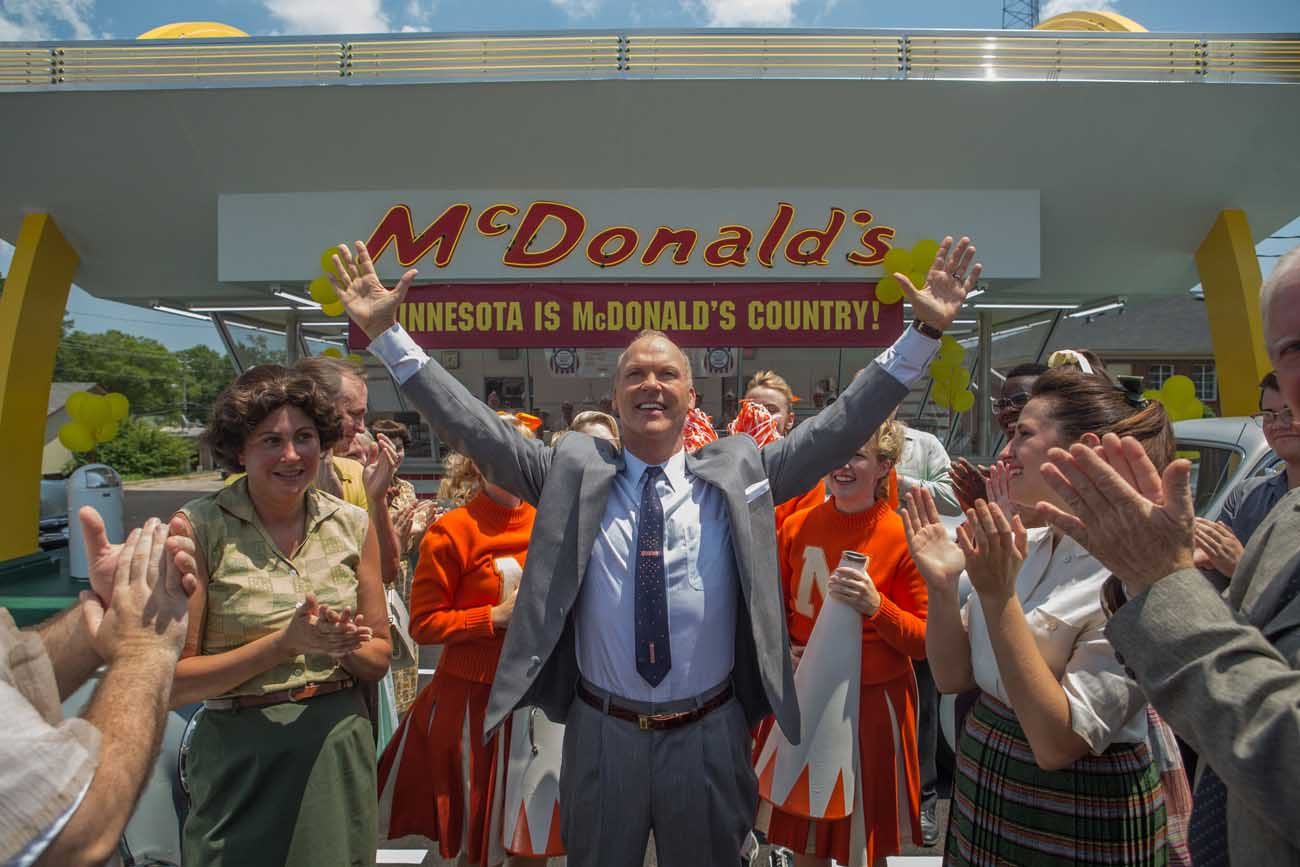 Michael Keaton stars in a scene from the movie "The Founder." (CNS photo/Weinstein)

NEW YORK (CNS) — In chronicling the early history of McDonald’s, “The Founder” (Weinstein) makes compelling food for thought, if not exactly a happy meal.

The drama is based on the true story of Ray Kroc (Michael Keaton), the traveling salesman who initially befriended the McDonald brothers, Richard (Nick Offerman) and Maurice (John Carroll Lynch), but eventually steamrolled over them. Robert Siegel’s screenplay strives to set the record straight about who was actually responsible for the food service behemoth — which today feeds 1 percent of the world’s population, every single day.

The story begins in 1954 in suburban Illinois. Kroc is down on his luck selling milkshake machines to small restaurants. When he visits one of his clients, a hamburger stand in California, he is astonished by the efficiency of the operation, where orders are fulfilled in just 30 seconds.

This form of “fast food” preparation is the brainchild of the McDonald brothers, who designed the “Speedee” service system based on a streamlined kitchen, strict quality control and a strong employee work ethic. Past attempts to expand the business have failed, so the brothers are content to remain a local concern.

Kroc has other ideas, especially when he sees the brothers’ new design for a restaurant with two gleaming golden arches as a striking focal point. He returns home to his neglected wife, Ethel (Laura Dern), with big dreams to franchise the McDonald’s concept coast to coast.

Eerily prophetic, Kroc predicts that his restaurants will be a gathering place for families, with the golden arches becoming as seductive a symbol as the flag and even the cross.

“McDonald’s can be the new American church,” he says, “and it ain’t just open on Sundays.” Ethel quips that he will be known as “Pope Raymond I.”

Initially, Kroc works with the McDonald brothers, signing a contract which promises the brothers control of their name and the strictly limited menu of burgers, fries and shakes. Kroc begins opening restaurants in the Midwest, with some success.

In Minneapolis, Kroc meets Rollie Smith (Patrick Wilson), a steakhouse owner interested in bankrolling the franchise. His piano-playing spouse, Joan (Linda Cardellini), catches Kroc’s ear — and heart, as she will become his next wife as well as a shrewd business partner.

Is it any wonder their favorite song is “Pennies from Heaven”?

Directed by John Lee Hancock (“The Blind Side,” “Saving Mr. Banks”), “The Founder” emerges as a cautionary tale about capitalism, greed and the dark side of the American dream. While unlikely to appeal to children, it’s probably acceptable for older teens.

“Contracts are like hearts. They are made to be broken,” Kroc says, as he embarks on a nefarious scheme to bury the McDonald brothers and establish himself as the mythological “founder” of the business.

It’s enough to give an innocent hamburger lover indigestion.

The film contains mature themes, including divorce, and brief profane and crude language. The Catholic News Service classification is A-III — adults. The Motion Picture Association of America rating is PG-13 — parents strongly cautioned. Some material may be inappropriate for children under 13.