‘The Young Pope’ is, frankly, a jerk 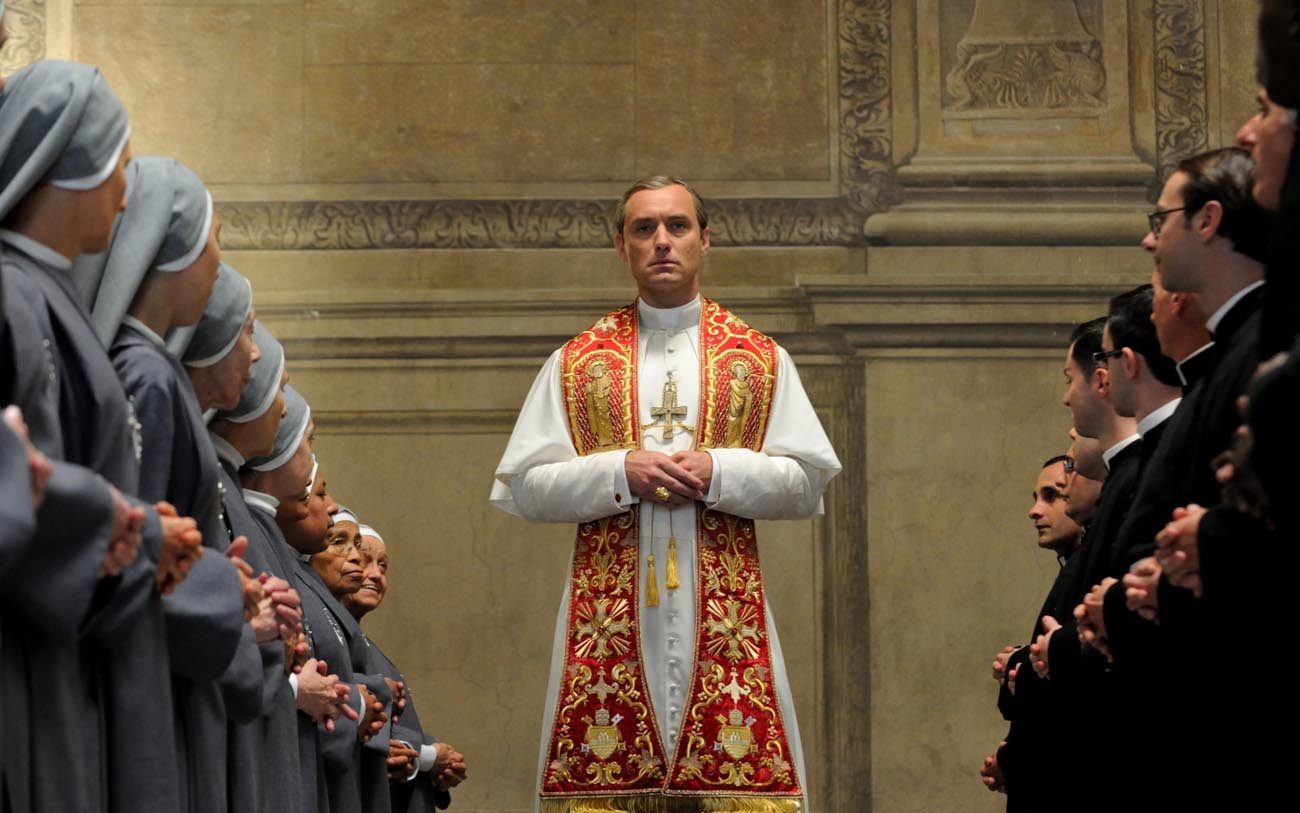 NEW YORK (CNS) — Behind the opening credits of “The Young Pope,” a naked baby boy crawls over a sea of infant mannequins, and a man dressed as the Roman pontiff emerges at the other end.

As bizarre as that may sound, the controversial, provocative new miniseries from pay-cable channel HBO only gets stranger from there.

As viewers might expect from an HBO presentation, “The Young Pope” contains strong, often gratuitous sexual content, nudity and profanity. As such, it’s exclusively suitable for a restricted adult audience — all the more so since these elements are mixed in with subject matter sacred to Catholics.

Perhaps best known for his Academy Award-winning 2013 film, “The Great Beauty,” Italian director Paolo Sorrentino helms the series — for which he was also the principal writer.

In the opening episode, a papal conclave delivers a surprising outcome as the 47-year-old archbishop of New York, Cardinal Lenny Belardo (Jude Law) becomes Pope Pius XIII, the first American pontiff. Mistakenly believing he would be able to dictate policy to this inexperienced newcomer, Cardinal Voiello (Silvio Orlando), the Vatican’s secretary of state, manipulated the vote in Belardo’s favor.

Pius immediately signals that he’s going to be his own man, however — and a different kind of pope as well. He does so most dramatically by his choice of a nun to serve as his chief adviser.

Having lost his parents at age 7, Lenny grew up in an orphanage at which Sister Mary (Diane Keaton) worked. There, she raised him and another boy, the future Cardinal Dussolier (Scott Shepherd), as her sons. Now, Pius helicopters her into the Vatican so he can rely on her for guidance.

This back story is implausible in two respects. American children growing up without parents in the 1970s wouldn’t be sent to orphanages; they would be placed in foster care. Sister Mary’s religious order, moreover, wouldn’t have permitted her to raise children as though they were her own.

Pius also signals a new direction when he delivers his first address to the faithful gathered in St. Peter’s Square. Visible only in silhouette, he declares, “I am closer to God than I am to you, and, if you want to see me, go see God first.” When someone shines a green laser light in his face, he snaps, “How dare you shine a light in your pope’s face?”

Playing on the fact that many younger Catholics, including priests, tend to be conservative, idealizing the church before the Second Vatican Council, Sorrentino has crafted a simplistic caricature of them, a stick figure wholly lacking in subtlety, albeit a self-contradictory, even paradoxical, one. Pius is the anti-Francis, yearning for the restoration of items like the papal tiara and the “sedia gestatoria,” a portable throne on a platform carried by a group of attendants that was last used in 1978.

Pius’ theology is equally unsympathetic. Evangelization? “Been there. Done that,” he remarks.

“And reaching out to others? Time for that to stop.”

This is also a pope who can’t function without Diet Cherry Coke Zero, coffee and cigarettes. Petulant and vindictive, he makes a mockery of confession by declaring, “I don’t have any sins to confess… My conscience doesn’t accuse me of anything.” The protagonist of “The Young Pope” is, in brief, a jerk.

As irksome as many Catholics will find all of the foregoing, Sorrentino ups the ante to the level of outrage with a dream sequence in which Pius urges an adulating throng to have abortions, promote euthanasia and enjoy free love. If that’s somehow meant to be thought-provoking, it registers instead as patently — and pointlessly — offensive.

Saddled with a cartoonish view of the church, and driven by the urge to be edgy, “The Young Pope” repels more than it engages.

NEXT: Creepy thriller ‘Split’ shows Shyamalan back in form