Inspiring tale of loving adoption roars to life in ‘Lion’ 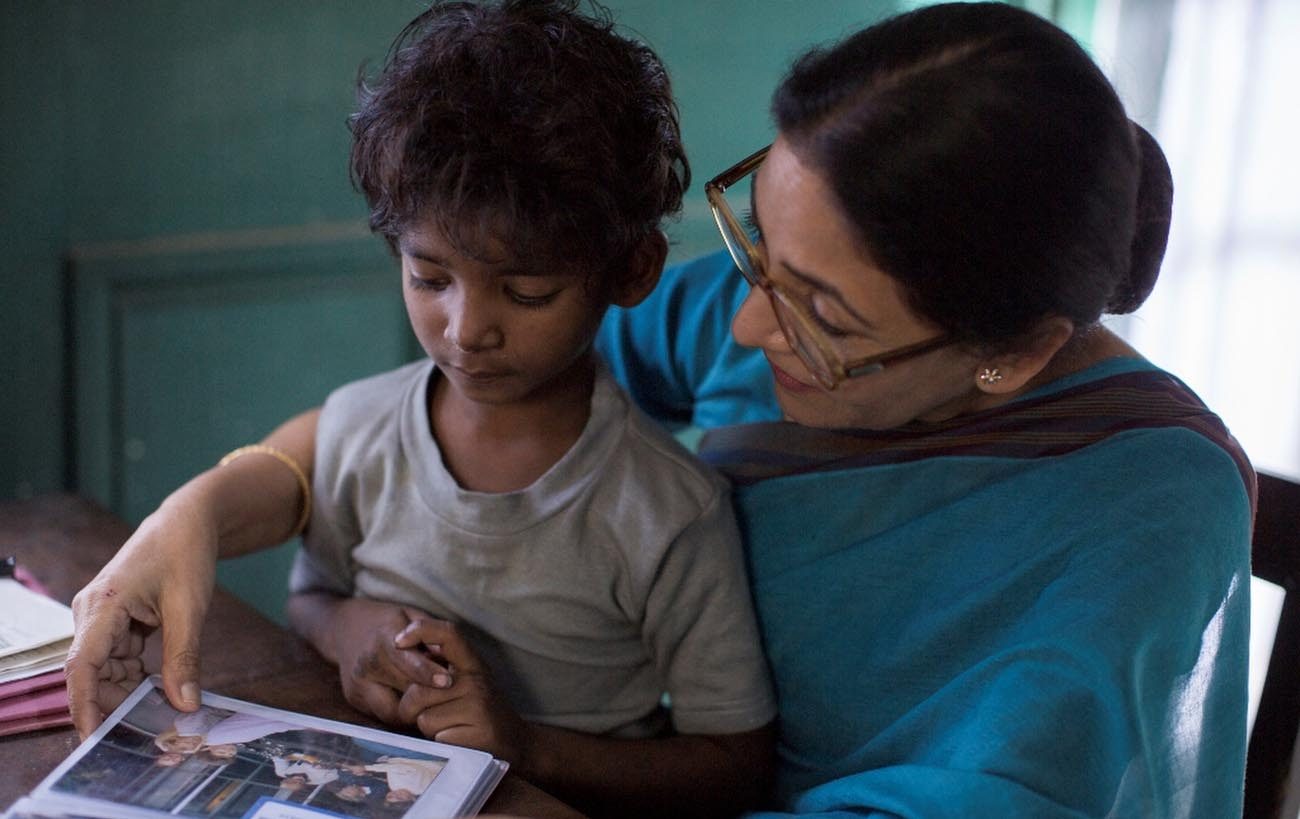 NEW YORK (CNS) — The incredible true story of one orphan’s 20-year odyssey to find his way back home roars to cinematic life in “Lion” (Weinstein).

Taken from his native India as a boy, Saroo Brierley (Dev Patel) grew to manhood in a loving adoptive family in Australia. But he was haunted by his lost childhood and the beloved mother (Priyanka Bose) he left behind. His 2013 memoir (written with Larry Buttrose), “A Long Way Home,” inspired this poignant and uplifting film, directed by Garth Davis.

The story begins in 1986 as a lively tale of two brothers, 5-year-old Saroo (Sunny Pawar) and his older sibling Guddu (Abhishek Bharate). Life is hard in rural India, and they scavenge for items to resell so they can buy food for their family.

The brothers adore their mother, Kamala, who ekes out a living as a manual laborer, clearing rocks at a nearby quarry.

One night, Saroo follows Guddu to the railway station in search of work. They become separated, and Saroo, wandering into an empty train car, falls asleep.

When Saroo awakens, the train is moving, and he is locked inside. After 1,500 kilometers, the train finally comes to a stop, in the bustling metropolis of Kolkata (then still called Calcutta).

Saroo is terrified by this unknown place teeming with humanity. Unable to remember his family name and home village, he wanders the streets alone, barely escaping abduction.

Months pass before Saroo comes to the attention of the authorities. They advertise his case to locate his parents, but to no avail. So Saroo is put up for adoption, and heads to Australia in the caring embrace of Sue (Nicole Kidman) and John (David Wenham) Brierley.

He stands in contrast to his stepbrother, Mantosh (Divian Ladwa), whom the Brierleys also adopted from India, shortly after Saroo. Mantosh suffers from mental illness and can be moody, even violent. The patience and unconditional love offered by his foster parents are inspiring.

Meanwhile, Saroo meets peers who are also of Indian descent, and begins to wonder about his earlier life. Curiosity turns to obsession, and with the help of the internet, Saroo sets out to retrace his long-ago train journey and pinpoint his native village.

“I have to find my way back home,” he tells Sue, who is supportive of his quest.

A five-hankie weepie that packs an emotional wallop, “Lion” emerges as a celebration of family. It also sends a strong pro-life message by underscoring the joys and merits of adoption, and showing that a child can be shared and loved equally by two sets of parents.

Unfortunately, Saroo and Lucy’s relationship is portrayed in a manner that precludes endorsement of “Lion” for younger viewers. That’s a shame because teens, at least, might otherwise have profited from this touching movie.

In a postscript, “Lion” highlights the disturbing reality that more than 80,000 children go missing in India each year, with most undoubtedly denied the happy ending Saroo enjoyed.

The film contains mature themes and two brief nongraphic nonmarital sex scenes. The Catholic News Service classification is A-III — adults. The Motion Picture Association of America rating is PG-13 — parents strongly cautioned. Some material may be inappropriate for children under 13.

PREVIOUS: Where does ‘The Comedian’ die? On stage and screen

NEXT: An odd things pops up in horror flick ‘Rings’: Compassion