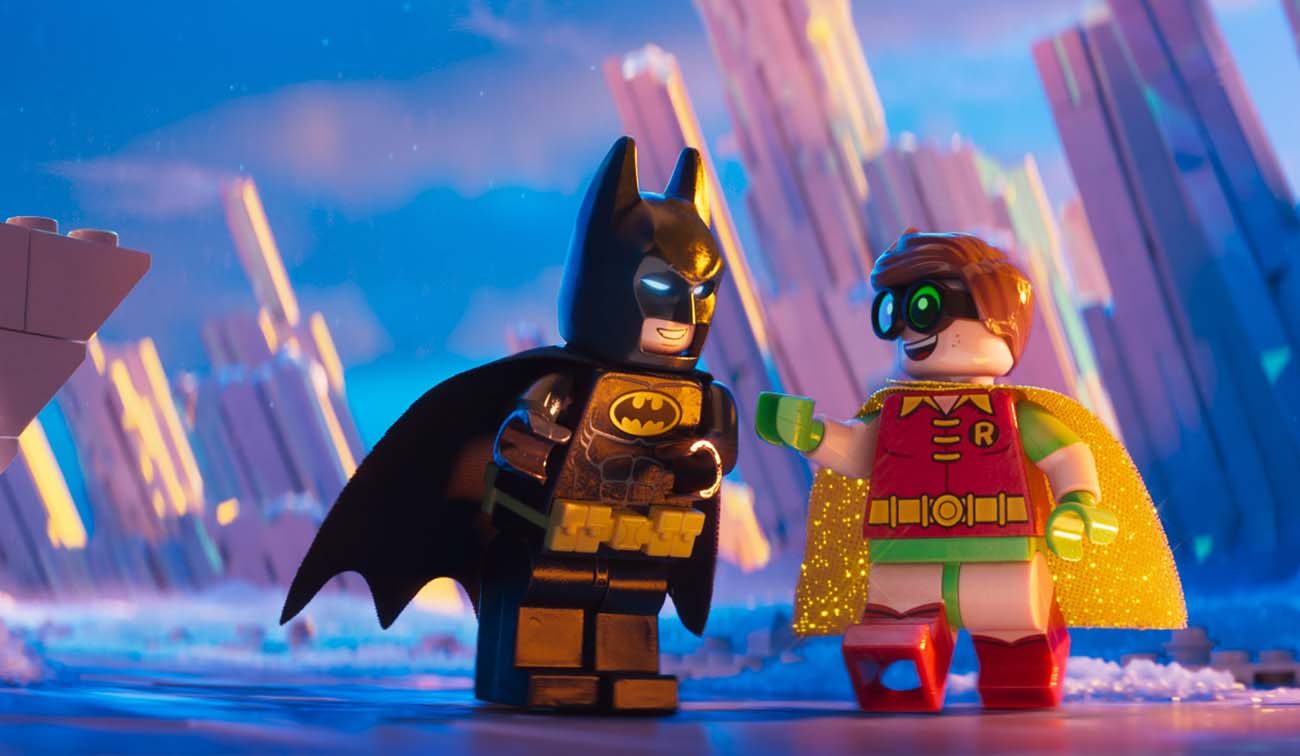 Despite occupying the spotlight, however, this time out, the Caped Crusader will have to learn some important lessons in humility, teamwork and emotional openness if he’s going to meet his latest challenge. That’s because his longtime adversary, the Joker (voice of Zach Galifianakis), is leading an army of bad guys in a bid to prove that he is Batman’s most important enemy.

Just as the isolated, relationship-shunning hero insists on working alone to fight crime, so he slaps the Joker down when the Clown Prince of Crime puts himself forward as the Cowled One’s indispensable foil.

“You’re nothing to me,” Batman growls in a scene that cleverly inverts a familiar trope, substituting the Joker’s longing to be told he’s hated for the more usual goal of exacting a declaration of love. Soon the spurned villain is scheming to destroy Gotham and thus bring his rivalry with Batman to a decisive close.

To vanquish him, Batman will have to accept the help of the trio of supporters who have rallied to his side: would-be adoptive son Dick Grayson, aka Robin (voice of Michael Cera), love interest Barbara Gordon, aka Batgirl (voiced by Rosario Dawson), and father figure (as well as butler) Alfred Pennyworth (voice of Ralph Fiennes).

Still burdened by the loss of his parents — their murder is only hinted at by a childhood photo taken at a moment aficionados of chiropteran lore will recognize as laden with doom — Bruce Wayne, and therefore his alter ego, finds it difficult to make himself vulnerable again. It will take all of Robin’s irrepressible good spirits and Alfred’s patriarchal concern, as well as Barbara’s head-turning effect on Batman, to break through his barriers.

Fast-paced fun is the order of the day in director Chris McKay’s animated treat for viewers of almost every age. Still, scenes of danger and a bit of potty humor as well as a few joking turns of phrase designed for grownups suggest that small fry would best be left at home. The wide remaining audience will find the screen chockablock with good guys, black hats and monsters — and the dialogue enlivened by sly wit.

The film contains perilous situations, including explosions, and a couple of instances each of vaguely crass language, scatological humor and mature wordplay. The Catholic News Service classification is A-II — adults and adolescents. The Motion Picture Association of America rating is PG — parental guidance suggested. Some material may not be suitable for children.

PREVIOUS: Book on faith, culture, politics of past 50 years is essential reading