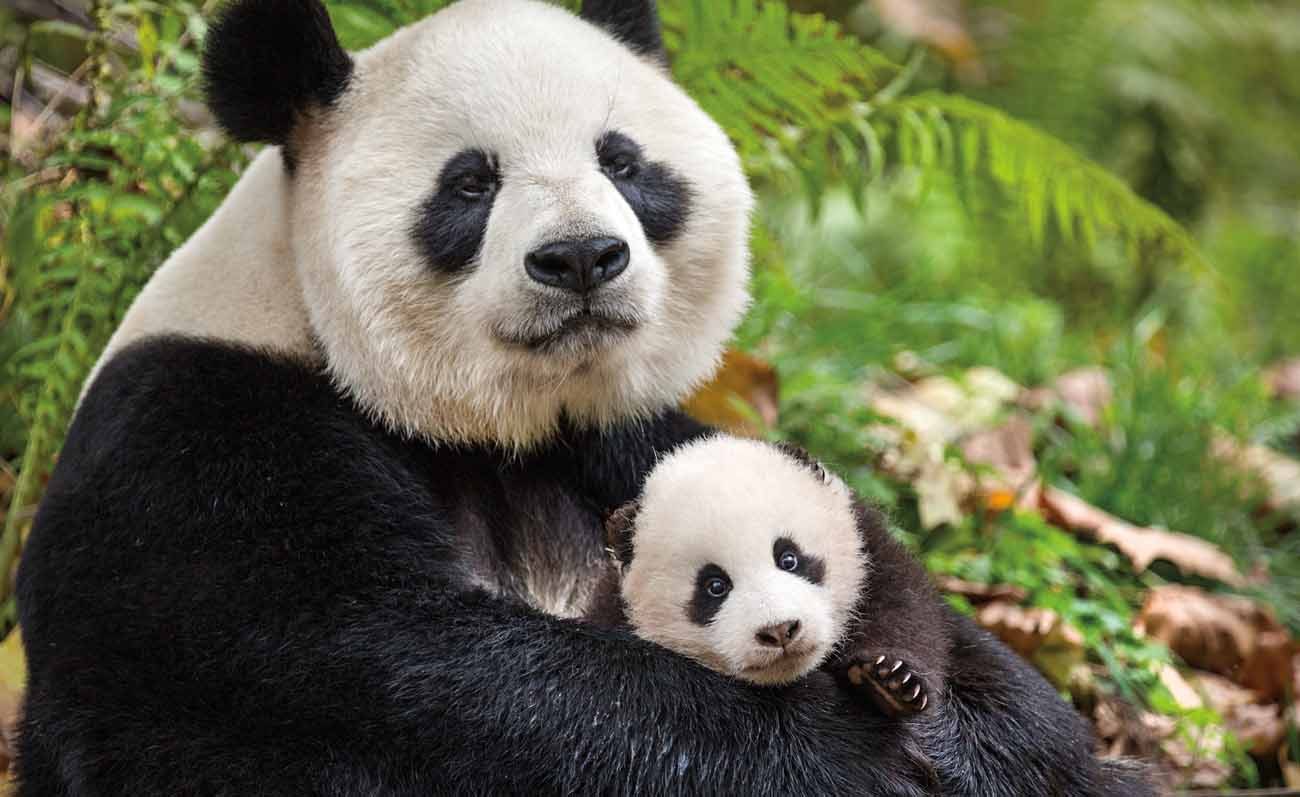 A giant panda and her cub appear in the adventure movie "Born in China." (CNS photo/Disney)

NEW YORK (CNS) — Forget worrisome headlines about our trade deficit with China. Instead, relax and drown your concerns in the veritable tsunami of cuteness that flows from “Born in China” (Disney), a warm and fuzzy animal documentary, narrated by John Krasinski.

The latest entry in the Disneynature series — released, like several of its predecessors, in conjunction with the April 22 observance of Earth Day — “Born in China,” directed and co-written by Lu Chuan, rests on the tried-and-true premise that critters in the wild act just like us when no one is (supposedly) watching.

And so, animals are given names and personalities in the script, on which Chuan collaborated with David Fowler, Brian Leith and Phil Chapman. Complex family relationships are mapped, and every goofy moment highlighted for comic relief.

There’s also plenty of life-and-death drama on display, as the documentary captures astonishing footage of the animal kingdom across the four seasons.

As winter approaches, “Dawa,” a mother snow leopard, fears for her two cubs. She struggles to maintain their food supply atop one of China’s tallest peaks.

Down in the forest, “Tao Tao,” a golden snub-nosed monkey, resents the arrival of a baby sister, doted on by his parents. It’s the perfect excuse for him to leave home and join a renegade bunch of orphaned simians nicknamed the “Lost Boys.”

Lastly there is “Ya Ya,” a mother panda, who is perfectly content to sit and eat bamboo all day with her baby son, “Mei Mei,” at her side.

While “Born in China” may tug too hard on the heartstrings at times — the effect is occasionally cloying — its breathtaking cinematography, together with the total absence of anything objectionable, makes the film well worth the price of admission.

PREVIOUS: Of genocide and the people who kept ‘The Promise’