Beneath the filthy exterior shines a positive tale, just barely 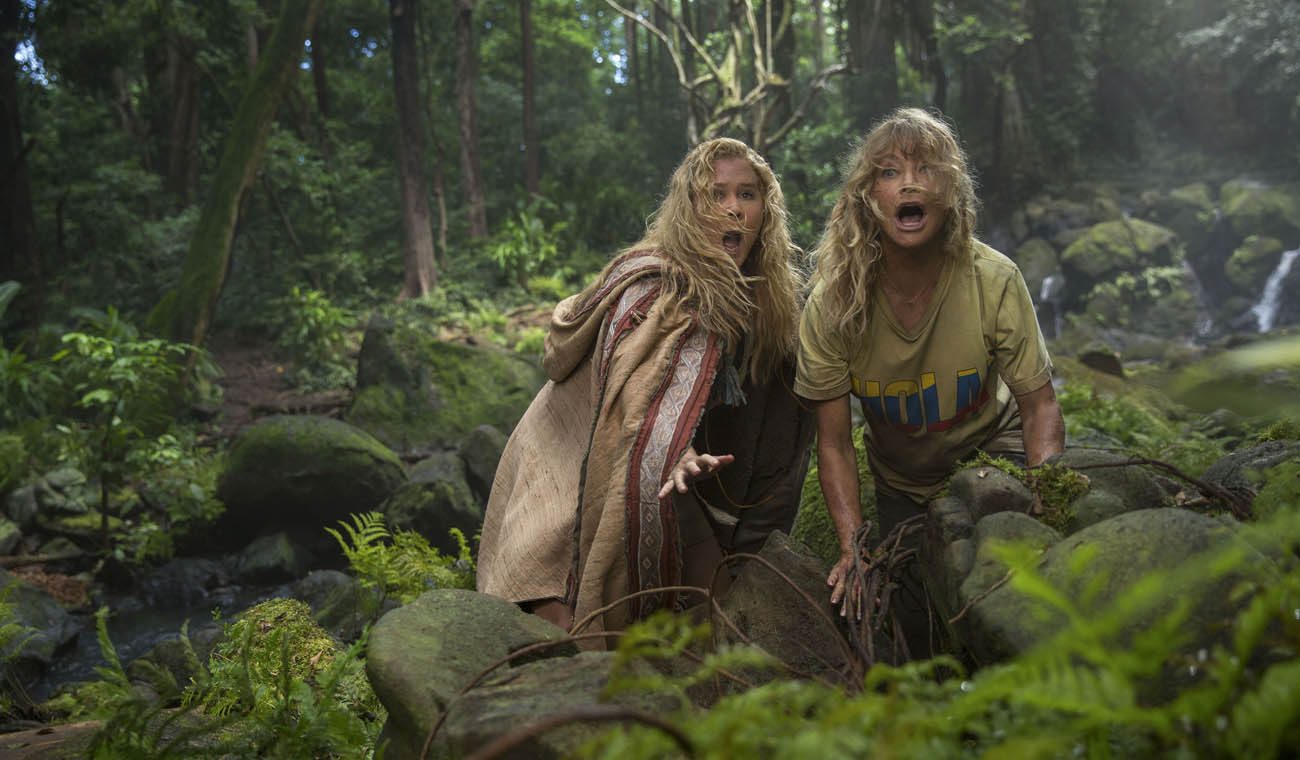 Amy Schumer and Goldie Hawn star in a scene from the movie "Snatched." (CNS photo/Fox)

NEW YORK (CNS) — There’s a kernel of goodness at the heart of the mother-daughter comedy “Snatched” (Fox). But the minority of grown viewers for whom the film is acceptable will have to wade through a veritable cesspool of bad taste to approach it.

That’s a pity, because this fast-moving feature is occasionally amusing and marks a welcome return to the big screen for Goldie Hawn as Linda, an overprotective but sensible and loving mom.

Linda never condones the lewd antics of her estranged daughter, Emily (Amy Schumer). Instead she labors patiently for Emily’s redemption from evil and selfishness.

That’s no easy goal to achieve, and their relationship is put to a further test when Emily persuades her mother to join her on a getaway to Ecuador.

Emily intended to go with her rocker boyfriend, Michael (Randall Park), but he dumps her on the eve of their departure. With a nonrefundable vacation package, and no friends willing to go, Emily takes pity on her mother.

Linda is a free spirit and homebody, caring for her cats and her agoraphobic son, Jeffrey (Ike Barinholtz). Afraid of her own shadow, she’s an unlikely candidate for a South American adventure.

“Help me put the ‘fun’ in ‘nonrefundable,'” Emily pleads.

So off they go to a fancy resort on the edge of the Ecuadorian jungle.

Linda is content to sit by the pool and read her book. But Emily seeks romance, and soon hooks up with handsome stranger James (Tom Bateman).

This Mr. Wrong lures Emily and Linda into the jungle with the promise of waterfalls and rainbows. It’s a setup, and mother and daughter are kidnapped and held for ransom by the treacherous Morgano (Oscar Jaenada).

“Snatched” wastes no time with the perils of these Paulines, piling on the slapstick (and vulgarity) as they escape into the bush. Help comes from a mysterious guide named Roger (Christopher Meloni), and fellow resort guests Ruth (Wanda Sykes) and Barb (Joan Cusack).

As directed by Jonathan Levine (“50/50”), from a screenplay by Katie Dippold, “Snatched” is a slapdash, cliche-ridden send-up of exploitation movies. It’s only redeemable feature is a message about a mother’s unconditional love and the enduring family bond, which manages to shine through a very dirty exterior — as indicated by the warnings below.