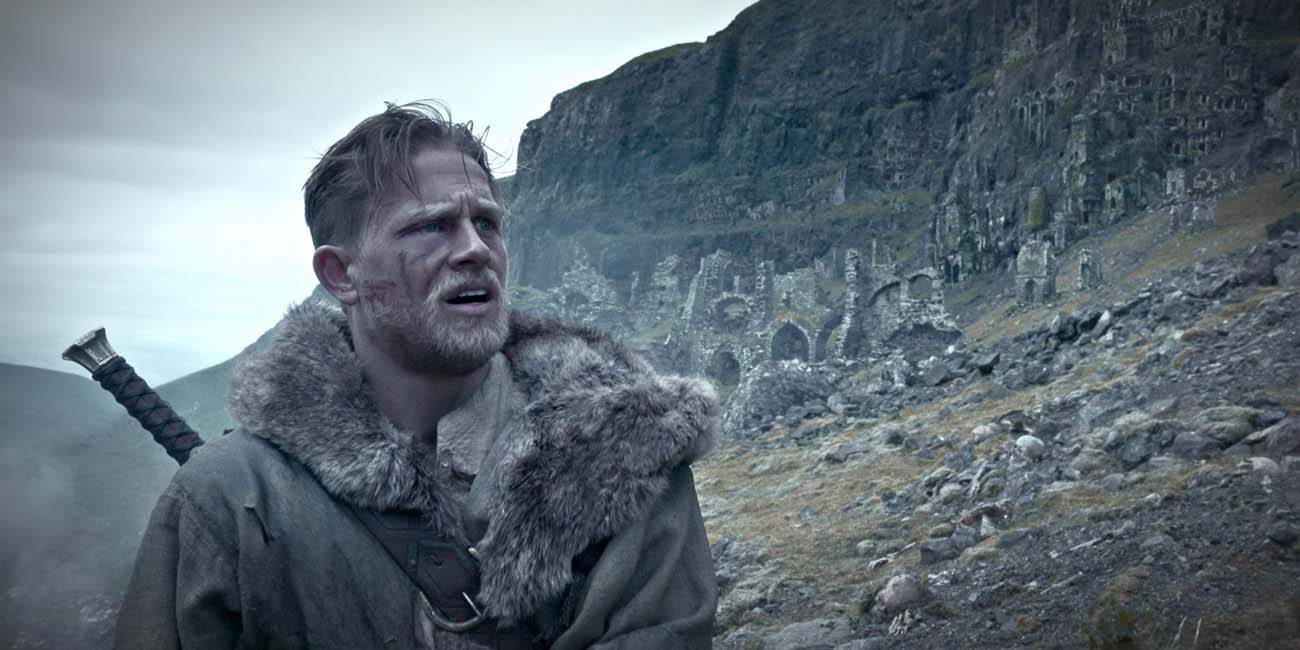 Charlie Hunnman stars in a scene from the movie "King Arthur: Legend of the Sword." (CNS photo/Warner Bros.)

NEW YORK (CNS) — Early on in “King Arthur: Legend of the Sword” (Warner Bros.), the audience is treated to the sight of magically generated giant elephants swinging boulder-size wrecking balls at the ramparts of Camelot. It’s an apt visual considering how ponderous this action fantasy turns out to be.

Rearranging some of the traditional elements of the Arthur legend — which may or may not be rooted in actual history — director and co-writer Guy Ritchie comes up with a sort of “Prince and the Pauper” version of events.

Thus, not long after those lumbering pachyderms depart, toddler Arthur’s father, Uther (Eric Bana), dies as a result of his evil brother Vortigern’s (Jude Law) violent — and ultimately successful — bid to usurp the throne. Arthur evades a similar fate by being set adrift, Moses-like, in a boat which eventually finds its way to a bustling version of medieval London still called by its Roman name, Londinium.

There Arthur, dispossessed of his rights and with no recollection of his real identity, is raised as a brawling street urchin by the inhabitants of a brothel.

Once grown, and now portrayed by Charlie Hunnam, the rightful heir comes almost accidentally into possession of Excalibur — here essentially a weapon of mass destruction so powerful that it mows down Arthur’s opponents by the dozens. Aided by a so-called Mage (Astrid Berges-Frisbey), who otherwise goes unnamed, Arthur learns how to wield the super sword and uses it to battle Vortigern for the crown.

Along with the supernatural support of the Mage, Arthur gets human backing from Bedivere (Djimon Hounsou), once one of Uther’s advisers, and expert archer “Goose-Fat” Bill (Aidan Gillen).

Together with his script collaborators, Joby Harold and Lionel Wigram, Ritchie works the occasional witty exchange into the dialogue. But otherwise his film is a grueling ordeal of nonstop noisy fighting. Like the Dark Ages in which it’s set, the movie is dim, toilsome and beset with mayhem.

Since the dust-ups are mostly gore-free, however, and the only flourishes of sensuality come in the form of occult visions, some parents may consider “King Arthur” acceptable for mature teens.

The film contains pervasive combat and other violence with little blood, a prostitution theme, brief partial nudity, fleeting sexual humor, at least one rough term and occasional crass language. The Catholic News Service classification is A-III — adults. The Motion Picture Association of America rating is PG-13 — parents strongly cautioned. Some material may be inappropriate for children under 13.