Searching for a plot, ‘The Mummy’ lurches toward nowhere 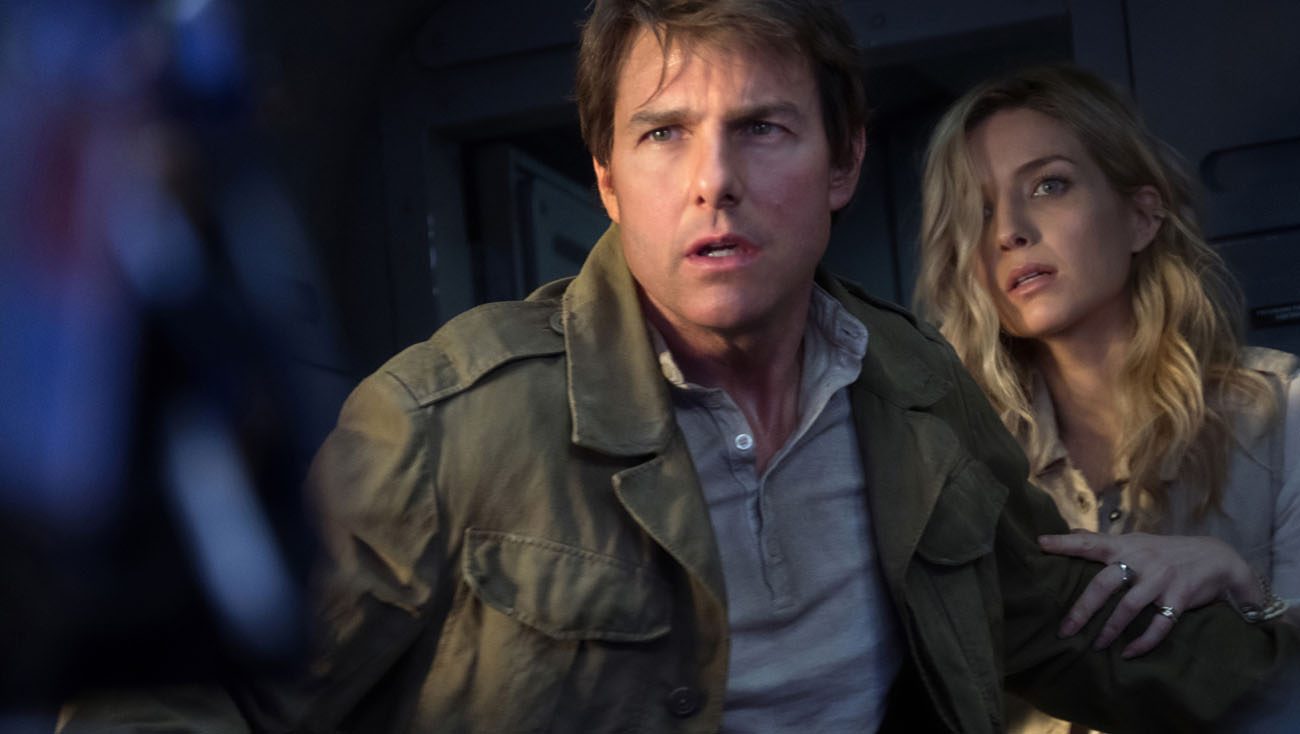 Tom Cruise and Annabelle Wallis star in a scene from the movie "The Mummy." (CNS photo/Universal)

NEW YORK (CNS) — The clumsy horror flick “The Mummy” (Universal) turns out to be anything but tightly wound.

Predictable pagan mumbo-jumbo aside, there’s not much to bother grown viewers in the film. But its globetrotting — from Ancient Egypt to modern-day Iraq and London — eventually feels like a vain search for a better, or at least more focused, story to tell.

The narrative we get, courtesy of director Alex Kurtzman and screenwriters David Koepp, Christopher McQuarrie and Dylan Kussman, centers on shady American soldier Nick Morton (Tom Cruise). A fast talker more interested in the black market than the military, Nick, together with his more cautious sidekick, Chris Vail (Jake Johnson), capitalizes on the conflict in Iraq by trading in antiquities.

That puts him at odds with archaeologist and cultural adviser to the U.S. forces Jenny Halsey (Annabelle Wallis). So, too, does the fact that Nick used a one-night stand the two recently shared to purloin a valuable map from her.

Partly through the use of this chart, and partly from an Air Force raid Nick and Chris called in after they were besieged by enemy combatants, an ancient tomb has been uncovered. Incongruously, it’s an Egyptian structure right in the middle of what used to be Mesopotamia.

As the audience already knows, this is the resting place of evil Princess Ahmanet (Sofia Boutella), a murderer who was put to death for her crimes in the days of the pharaohs. The ancients who buried her had good reason to want her corpse far away from their native land. They also took elaborate measures to make sure she stayed put underground once they deposited her there.

All of which precautions Nick undoes in a trice, with just the sort of dire consequences you’d expect. Unleashed, Ahmanet puts a curse on Nick, and gains partial control of his mind as she schemes to recover possession of a ritual dagger, the use of which will enable her old ally Set, the Egyptian god of death, to become incarnate in Nick’s body.

Behind all these diffuse details stands a sketchy but respectable good vs. evil theme. Rather unconvincingly, Jenny has by now fallen for Nick and will become the chief cheerleader for the triumph of his underlying decency and altruism.

Yet, as the eventual injection of Robert Louis Stevenson’s character Dr. Henry Jekyll (Russell Crowe) into the plot suggests, there’s a growing note of desperation in these unwieldy proceedings. As the scene shifts across centuries and continents, the script fails to gain traction.

So, by the time they reach the blatant setup for a sequel which precedes the closing credits, moviegoers may be shaking their heads and muttering, “Tut-tut.”

NEXT: Canine and human courage triumph in ‘Megan Leavey’