Elite firefighters face fears and flames in ‘Only the Brave’ 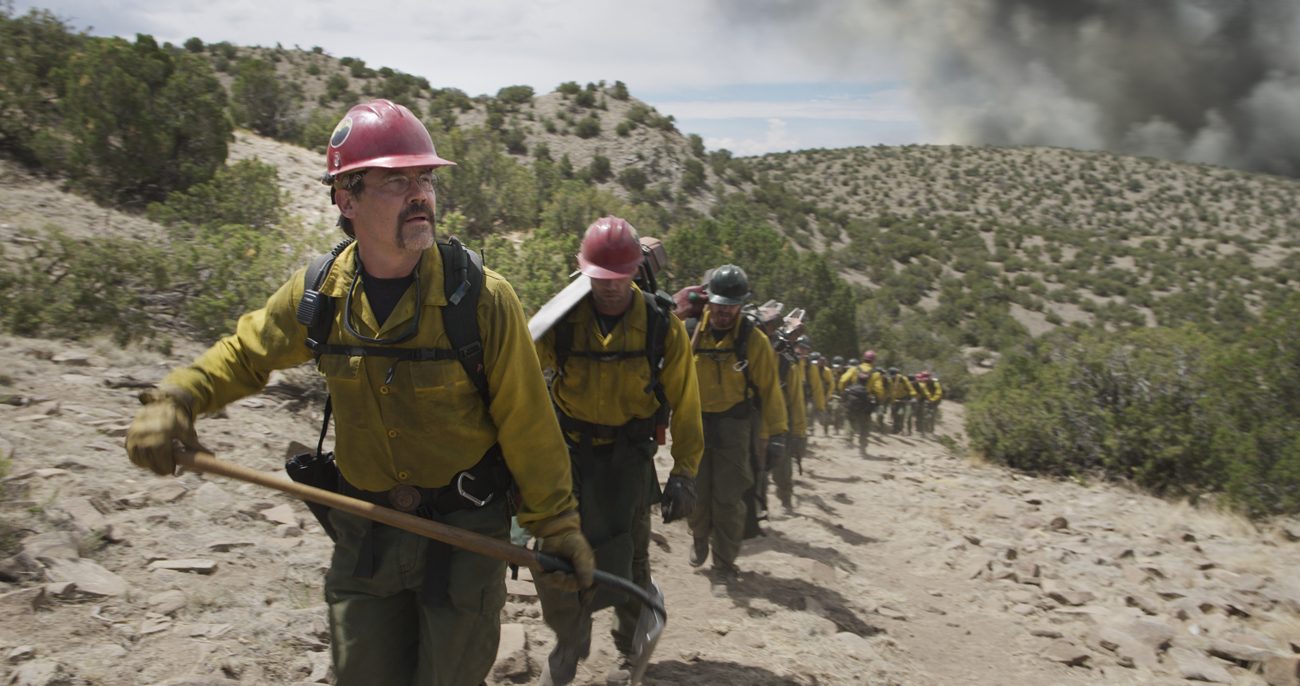 Josh Brolin stars in a scene from the movie "Only the Brave." (CNS photo/Columbia)

NEW YORK (CNS) — The heartbreaking true story of an elite Arizona firefighting team comes to the big screen in “Only the Brave” (Columbia).

In 2013, the Granite Mountain Hotshots — as the group was known — risked their lives and raced into a raging inferno to save a neighboring town from destruction. Given more recent fire calamities, their striking example of heroism, brotherhood and self-sacrifice is both timely and inspiring.

Only the country’s top wildland firefighters earn the designation “hotshots.” These squads, the Navy SEALS of firefighting, are deployed across the country, wherever the need is most extreme.

In Prescott, Arizona, Eric Marsh (Josh Brolin) has dreamed for years of earning hotshot status for his 20-member crew. With Jesse Steed (James Badge Dale) as his right-hand man, Marsh has honed them into a well-oiled firefighting machine.

The diverse bunch includes Chris MacKenzie (Taylor Kitsch), a ladies’ man and prankster, and Clayton Whitted (Scott Haze), a youth minister who keeps his Bible handy. Most are young, newly married, and have children, which injects additional drama and poignancy into the saga. Marsh’s wife, Amanda (Jennifer Connelly), epitomizes the lonely existence of the spouses, constantly anxious for their husbands’ safety.

During a recruitment drive, an unlikely candidate appears: Brendan McDonough (Miles Teller). He has led a dissolute life of drugs and crime and, after a one-night stand, is now a father.

This has turned out to be a major wake-up call. Before long, McDonough is running drills with Marsh’s crew, learning to clear brush, dig trenches, and create controlled burns, which contain a fire by taking away its source of fuel.

When all else fails, the men crawl inside makeshift shelters, large reflective bags which — they hope — let the fire pass safely over them. “It’s gonna feel like the end of the world,” Marsh warns. “As long as you can breathe, you can survive.”

In adapting a magazine article by Sean Flynn, director Joseph Kosinski (“Tron: Legacy”) deftly juggles the intimate stories of the men’s personal lives with grand set pieces which evoke the sheer terror and destructive force of the flames they battle. Although the ending is well known, its impact is no less profound on screen. So the movie’s tagline, “It’s not what stands in front of you. It’s who stands beside you,” feels well earned.

PREVIOUS: Like groundhog’s day, ‘Happy Death Day’ has seen it all, over and over