Survival against the odds becomes job 1 in ‘Adrift’ 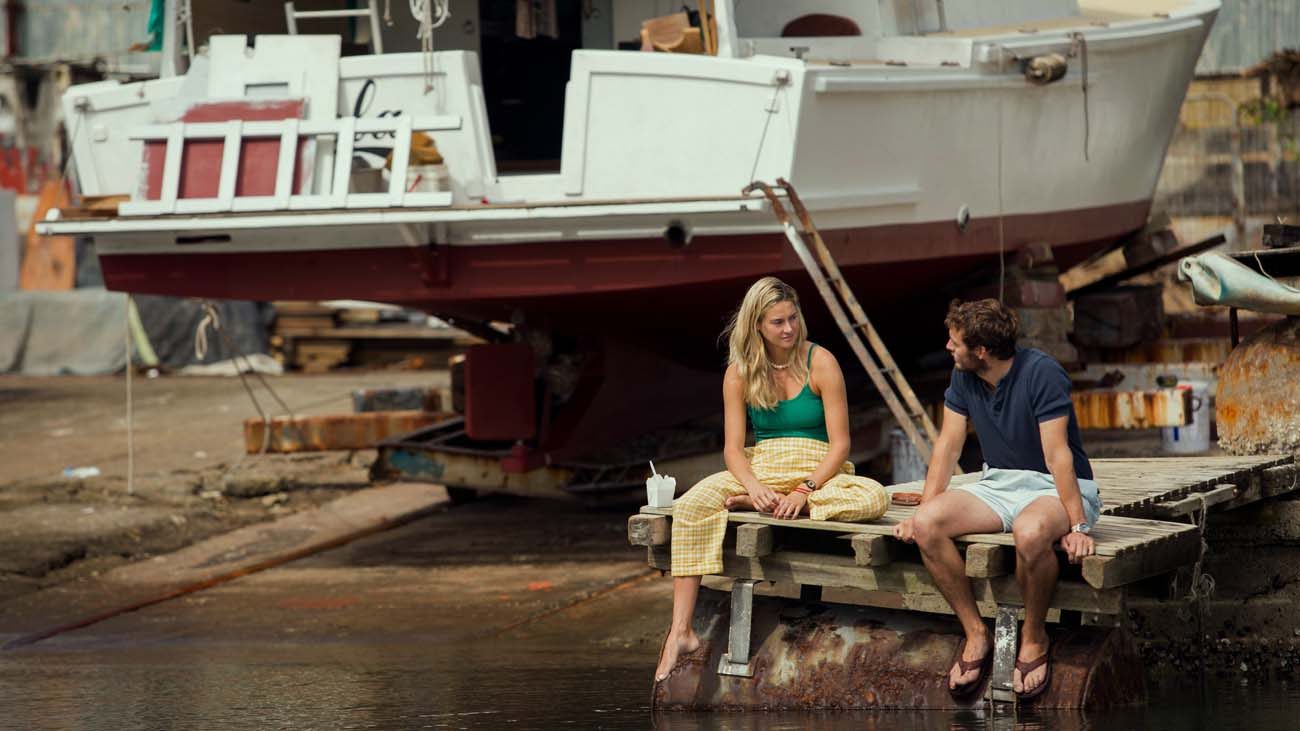 Shailene Woodley and Sam Claflin star in a scene from the movie "Adrift." (CNS photo/courtesy of STXfilms)

NEW YORK (CNS) — One of the intractable complications of sailing on the Pacific Ocean, we are told very early in the drama “Adrift” (STX), is that, no matter how skilled the pilot, even on a well-appointed vessel, isolation produces hallucinations.

Of course, when the watercraft is a 44-foot yacht nearly destroyed by a hurricane, making navigation with damaged equipment, a broken radio and a limited supply of food and water, those illusions can sometimes be a useful way of focusing the mind.

Other than that, “Adrift” is a fairly routine adventure, somewhat hobbled by a shortage of fear — other than that produced by massive waves.

Tami (Shailene Woodley) is a carefree California girl whose only ambition is to sail the world, which has allowed her to take odd jobs at ports throughout the Pacific. In 1983 in Tahiti, she meets Richard (Sam Claflin), who’s handsome, British and an accomplished yachtsman. They’re soon inseparable and planning their wedding.

A friend, Peter (Jeffrey Thomas), who has to fly to America for an emergency, asks Richard to sail his yacht from Tahiti to San Diego, a journey of 4,000 miles and a far longer trek than either Richard or Tami has undertaken before. But it’s a comfortable, well-stocked vessel, so they happily agree.

In only a matter of days, they fall prey the full force of Hurricane Raymond, which produces deadly 40-foot waves. The winds snap the masts and the force of the ocean washes out all the navigation gear except for a sextant and a watch. Tami, after being knocked unconscious, wakes up in a flooded cabin, lost at sea.

With the engines out, she manages to rig up a sail from a broken spinnaker pole, patch the hull with duct tape, and retrieve as much food as she can. She discovers that the fresh water supply has held out, and hopes, even with a broken rudder, to find the currents that would allow the yacht to limp to Hawaii, 1,500 miles away.

Richard has been desperately wounded, but is able to dispense navigation wisdom and chastise the vegetarian Tami for her reluctance to snare fish. He also shares each moment of joy as Tami discovers the remaining food onboard.

Tami is portrayed as sometimes frustrated, but never paralyzed by terror, and always highly competent at any task. As a result, there’s less in the way of peril and more in the way of problems to be solved through quick thinking and action.

She’s no scream queen. Whatever challenges emerge, she’s got this.

Fighting the elements while struggling to stay on course and sane is the time-honored formula of lost-at-sea adventures. So, while there’s little here that’s new, it’s still enjoyable to watch Tami find her inner strength to preserve both the yacht and its crew.

The film contains frequent gore, implied cohabitation, a glimpse of upper female and rear nudity, some light sexual banter and fleeting rough language. The Catholic News Service classification is A-III — adults. The Motion Picture Association of America rating is PG-13 — parents strongly cautioned. Some material may be inappropriate for children under 13.