‘Penguins’ shows the pluck of the coldest birds 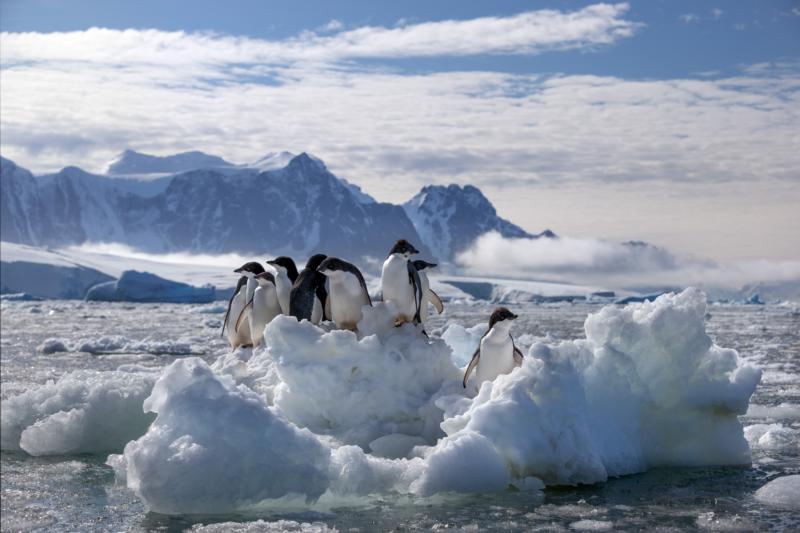 This is a scene from the documentary “Penguins.” (CNS photo/Disneynature)

NEW YORK (CNS) — At once the profile of a plucky 5-year-old Adelie penguin the filmmakers dub “Steve” and an introduction to his species as a whole, “Penguins” (Disneynature) is a winning documentary.

Skillfully directed by Alastair Fothergill and Jeff Wilson and often humorously narrated by actor Ed Helms, it’s a delight that’s suitable for viewers of every generation.

Awkward yet indefatigable, personality-rich Steve navigates his way through the spring migration to the challenging surroundings of Antarctica and sets out to find a mate. At first, his prospects seem doubtful since he’s anything but an alpha male. But eventually he crosses paths with his true love and the two engage in a mating ritual to the strains of REO Speedwagon’s 1980s power ballad, “Can’t Fight This Feeling.”

Thereafter, from building a nest of rocks in which his duo of offspring can be protected until they hatch to preparing them to live on their own when the time comes, Steve meets every challenge of fatherhood and family life with aplomb — or at least with determined perseverance.

There’s a little bit of gross-out humor along the way since penguins feed their young by regurgitating food into their mouths, a fact Helms expatiates on with all the gleeful gusto of a 10-year-old. And then there are the messy-looking, stinky-smelling elephant seals who have also taken up residence in the neighborhood.

The narrow focus on Steve and his home life is varied by often spectacular shots of the hundreds of thousands of others of his kind by whom he’s surrounded and the natural environment. Educational as well as entertaining, “Penguins,” the eighth theatrical release over 10 years from Disneynature, maintains the generally high standards of its predecessors. Wise moviegoers will flock to see it.

NEXT: Three Chicago families grapple with race, sexuality in ‘The Red Line’