Video game may have a role in Notre Dame reconstruction 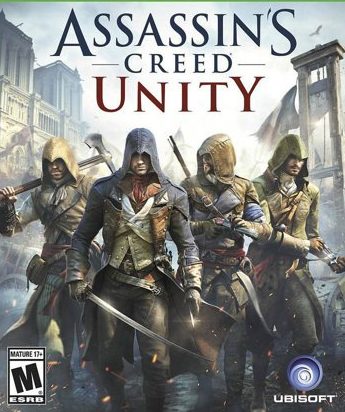 NEW YORK (CNS) — When Paris’ Cathedral of Notre Dame caught fire, the world held its collective breath. The spire fell, and the wooden roof was reduced to ash, but the holy relics were saved, and the interior preserved from the worst ravages of fire.

Now more than $1 billion has been raised to restore Notre Dame, and a video game may prove to be the structure’s saving grace.

Ironically, the franchise to which this particular title belongs, “Assassin’s Creed,” is traditionally known for its anti-Christian sentiment.

The saga of “Assassin’s Creed” charts a centuries-long struggle between two rival organizations, the Templars and the Assassins. The Templars seek to bring peace to the world through absolute control. The Assassins, with whom gamers are meant to sympathize, believe, by contrast, that “nothing is true, everything is permitted.”

That’s obviously a credo wholly incompatible with Catholic theology. So it’s no surprise that the Assassins are often depicted in conflict with the church.

In 2014, Ubisoft released “Assassin’s Creed: Unity,” which sees the two factions struggling for power during the French Revolution. From the start, “Unity” received immense praise for its accuracy in depicting 1700s Paris — and especially, the detail in its depiction of the renowned cathedral.

Publishing giant Ubisoft is headquartered in Paris and has generously donated over $500,000 and pledged its virtual rendition of Notre Dame and its research from “Assassin’s Creed: Unity” to the restoration team. In addition, it made the game free to PC players for a week.

Assistant art director at Ubisoft Montreal, Caroline Miousse, spent two years working on the modeling of the cathedral. In 2014, Miousse told Destructoid that “you really need to be sure that you’re recreating (Notre Dame) as accurately as possible because it’s so well known.”

The video game is not completely faithful to the Notre Dame of the period, however. Some of the cathedral’s art is protected under copyright, and so could not be shown. At the request of players, moreover, Miousse added the familiar spire to the game, despite the fact that this was an anachronism.

In reality, the original spire was removed in 1786, three years before the outbreak of the Revolution. The replacement that collapsed in the conflagration was of 19th-century vintage.

“Assassin’s Creed: Unity” is a breathtaking work of art and the years spent on Notre Dame are visible as gamers scale the great building. Production coordinator Maxime Durand aptly said in an interview with Fast Company that “history in our games is not just a setting or empty buildings on a Hollywood back lot.”

Academic advisers were also brought in as consultants, including University of Quebec professor Laurent Turcot, to assist with both the game’s events and its environment. While historical incidents are subject to interpretation, the layout of the city itself is not.

Turcot sought out ways to recreate 18th-century Paris — no easy task since many neighborhoods of the city were radically altered in the mid-19th century at the behest of Emperor Napoleon III and under the supervision of Baron Georges-Eugene Haussmann. Turcot made use of architectural archives, paintings and engravings. All this was done in the name of historical authenticity.

That insistence on adhering to reality will be immensely beneficial as restoration plans for the cathedral move forward. Notre Dame helped shape “Assassin’s Creed: Unity,” and now the game will get to return the favor — both to cathedral and to Paris as a whole.

NEXT: ‘The Burial of Kojo’: A family’s love in a magical realm