Court crusader aims to find what’s in those ‘Dark Waters’ 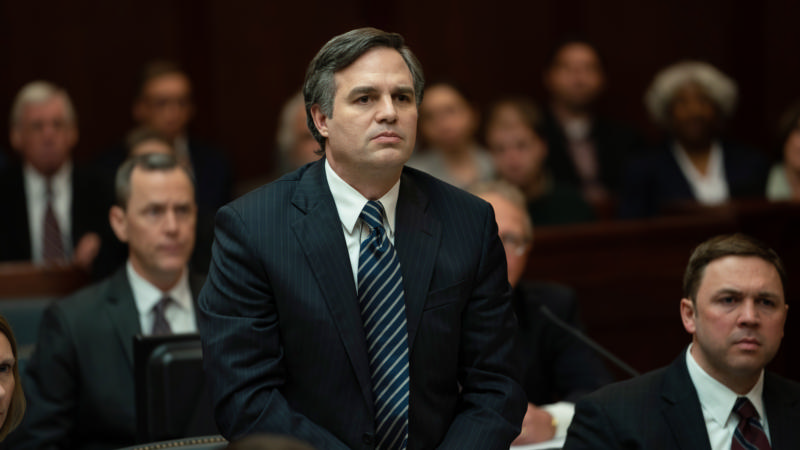 Mark Ruffalo stars in a scene from the movie "Dark Waters." The Catholic News Service classification is A-III -- adults. The Motion Picture Association of America rating is PG-13 -- parents strongly cautioned. Some material may be inappropriate for children under 13. (CNS photo/Focus Features)

NEW YORK (CNS) — Eventually, there may be a movie focused on some travail affecting people in West Virginia without John Denver’s “Take Me Home, Country Roads” on the soundtrack.

Or one that portrays the residents of that state as more than semiferal superstitious yahoos who put too much trust in corporations that endanger their health.

Until then, there’s “Dark Waters” (Focus). This fact-based drama about poisoned H2O is similar in theme to 2000’s “Erin Brockovich.” The plot has a single crusading lawyer taking on a powerful company — in this case, DuPont — that’s been dumping industrial waste from the manufacture of Teflon around Parkersburg, the loyal company town where the coating is made.

The film covers all the bases well, taking time to explain long-chain fluorocarbons and how they won’t disintegrate, but rather remain in the body and cause darkened teeth at the least, or cancer and horribly disfiguring birth defects at the worst.

That tenuous family tie is just enough for Bilott, beginning in 1998, to agree to examine Tennant’s videos and the substantial homemade forensic evidence he’s collected, both of which show that something in the water his cattle drink has killed nearly 200 of them.

The Environmental Protection Agency only began regulating chemicals in 1976. Most manufactured before that time were “grandfathered” in by the laws, meaning that DuPont wasn’t committing a violation by disposing of 55-gallon drums of this chemical waste, so a governmental prosecution is not possible.

That means Bilott has to sue DuPont in order to reach the discovery process to find what the company’s been hiding from the folks in Parkersburg.

The courtroom procedural part of the story doesn’t contain the typical histrionics. Instead, the low-key sequences focus on Bilott sifting through hundreds of boxes of evidence — this is still a pre-internet world at first — and the growing paranoia in Parkersburg as the residents don’t know whom to trust since DuPont has the means to intimidate them.

In adapting a magazine article by Nathaniel Rich, director Todd Haynes and screenwriters Mario Correa and Matthew Michael Carnahan limn a rural landscape where the sun seems never to shine and the wealthy exploit and poison the poor with seeming impunity. DuPont’s slogan, for many years, was “Better living through chemistry,” but here, chemistry has everyone trapped.

The film contains some rough and profane language and occasional animal gore. The Catholic News Service classification is A-III — adults. The Motion Picture Association of America rating is PG-13 — parents strongly cautioned. Some material may be inappropriate for children under 13.