‘The Turning’ veers all over the screen 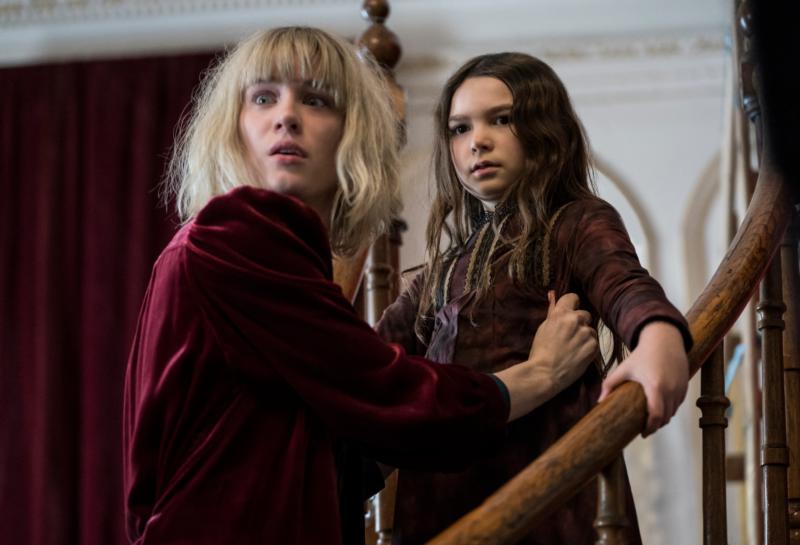 Mackenzie Davis and Brooklynn Prince star in a scene from the movie "The Turning." The Catholic News Service classification is A-III -- adults. The Motion Picture Association rating is PG-13 -- parents strongly cautioned. Some material may be inappropriate for children under 13. (CNS photo/Universal)

NEW YORK (CNS) — Over the years, Henry James’ classic 1898 novella-length horror story “The Turn of the Screw” has proved fertile soil for movie adaptations. Of the numerous big-screen takes, 1961’s “The Innocents” is probably the most distinguished.

That, alas, is not the word that springs to mind with regard to director Floria Sigismondi’s loose, updated adaptation, “The Turning” (Universal).

While her film provides the occasional jolt, the ambiguity James masterfully maintains becomes in her hands, and those of screenwriters (and twins) Chad and Carey W. Hayes, fatal indecision leading to a thoroughly incoherent ending.

While the dialogue and visuals are mostly inoffensive, moreover, brief interludes of “The Turning” are unsuitable for kids.

But it’s the sinister behavior of her initially endearing young charge, Flora (Brooklynn Prince), and of Flora’s sullen, aggressive older brother, Miles (Finn Wolfhard), that gradually unnerves Kate. The siblings have a taste for macabre practical jokes, Miles is given to flying into a rage and the fate of Kate’s predecessor seems unsettlingly mysterious.

Is the manor haunted? Is Miles possessed? Or is Kate — whose mother, we’ve been shown, is confined to an asylum — going mad? While James keeps readers on a knife edge with alternative possibilities, the Hayes brothers can’t seem to decide what direction their script should adopt, so they wind up veering all over the place.

One of the possible ghosts, brutish riding tutor Peter Quint (Niall Greig Fulton), had a taste for sadistic sex, as confirmed by a photograph Kate finds. And one of Miles’ numerous macroaggressions is to break off a conversation with Kate, stroll into the bathroom and begin urinating without closing the door.

Such moments, together with the briefly glimpsed bloody death of one of the characters, make this best for older moviegoers. Whether they’ll be any better equipped than youngsters to make head or tail of what it all means, however, is doubtful.

The film contains some violence with momentary gore, occult and mature themes, including aberrant sexuality, an image of rear nudity, partial upper nudity, at least one profanity and a milder oath, as well as a single rough and a couple of crude terms. The Catholic News Service classification is A-III — adults. The Motion Picture Association rating is PG-13 — parents strongly cautioned. Some material may be inappropriate for children under 13.

NEXT: Book examines the interwoven nuances of the Crusades