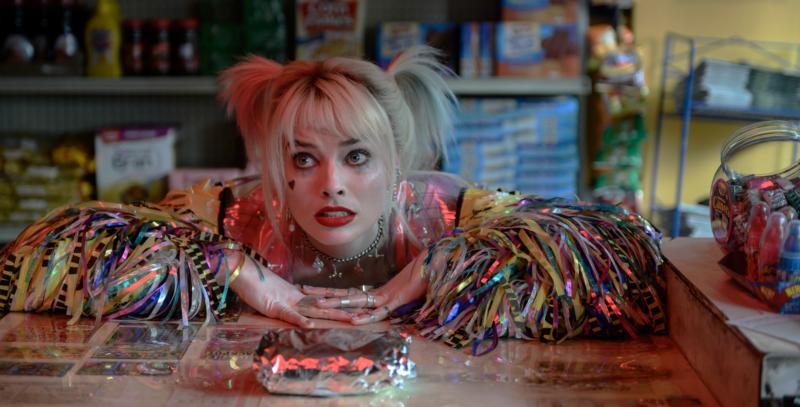 NEW YORK (CNS) — The DC Comics adaptation “Birds of Prey” (Warner Bros.) — which, for the record, carries the exhausting subtitle “(And the Fantabulous Emancipation of One Harley Quinn)” — is presumably intended as a tart treat. Instead, it comes across as a sour exercise in random mayhem.

Margot Robbie plays Quinn, the psychiatrist who fell for Batman’s nemesis, the Joker, while treating him at an asylum. The animated flashbacks that open the film — and that get those not steeped in the lore of Gotham caught up — allude to Quinn’s childhood stint at an orphanage run by, yes, mean nuns.

With her biography out of the way, it’s time for the perversely pixilated shrink to run amok. So, early on, when one of the other patrons at a nightclub gets on her nerves, she jumps on his outstretched legs, breaking them both by bending them backward. Fun times!

But Quinn has bigger problems than bothersome barflies. She and the Joker have split, and this leaves her vulnerable.

Among those targeting Quinn is gangster Roman Sionis (Ewan McGregor), aka the Black Mask. He’s on the point of having his top henchman, Victor Zsasz (Chris Messina), cut her face off — his favorite method of dispatching his enemies — when they come to an agreement.

Sionis will let Quinn live if she can recover the diamond a young pickpocket, Cassandra Cain (Ella Jay Basco), recently purloined from Zsasz. Quinn’s pursuit of the gem puts her at cross purposes with Renee Montoya (Rosie Perez), the police detective investigating Sionis, and with Huntress (Mary Elizabeth Winstead), a mysterious assassin whose weapon of choice is a crossbow.

With a semi-psychotic, smart-alecky antihero at the heart of its proceedings, director Cathy Yan’s action adventure lacks any sense of moral direction. Montoya is something of a positive character. So, too, is Sionis’ singer girlfriend, Dinah Lance (Jurnee Smollett-Bell), alias Black Canary. But neither serves as a reliable ethical compass.

Rather, it’s only Sionis’ inhuman wickedness that makes the ladies who eventually ally against him as the team of the title seem not-so-bad. Color them light gray against a thoroughly lurid background.

The film contains skewed values, pervasive violence, some of it gory, drug use, references to a lesbian relationship, a couple of profanities, a few milder oaths and relentless rough and crude language. The Catholic News Service classification is O — morally offensive. The Motion Picture Association rating is R — restricted. Under 17 requires accompanying parent or adult guardian.

PREVIOUS: Book examines the interwoven nuances of the Crusades