In ‘Star Wars: Squadrons’ game, light is right over dark side 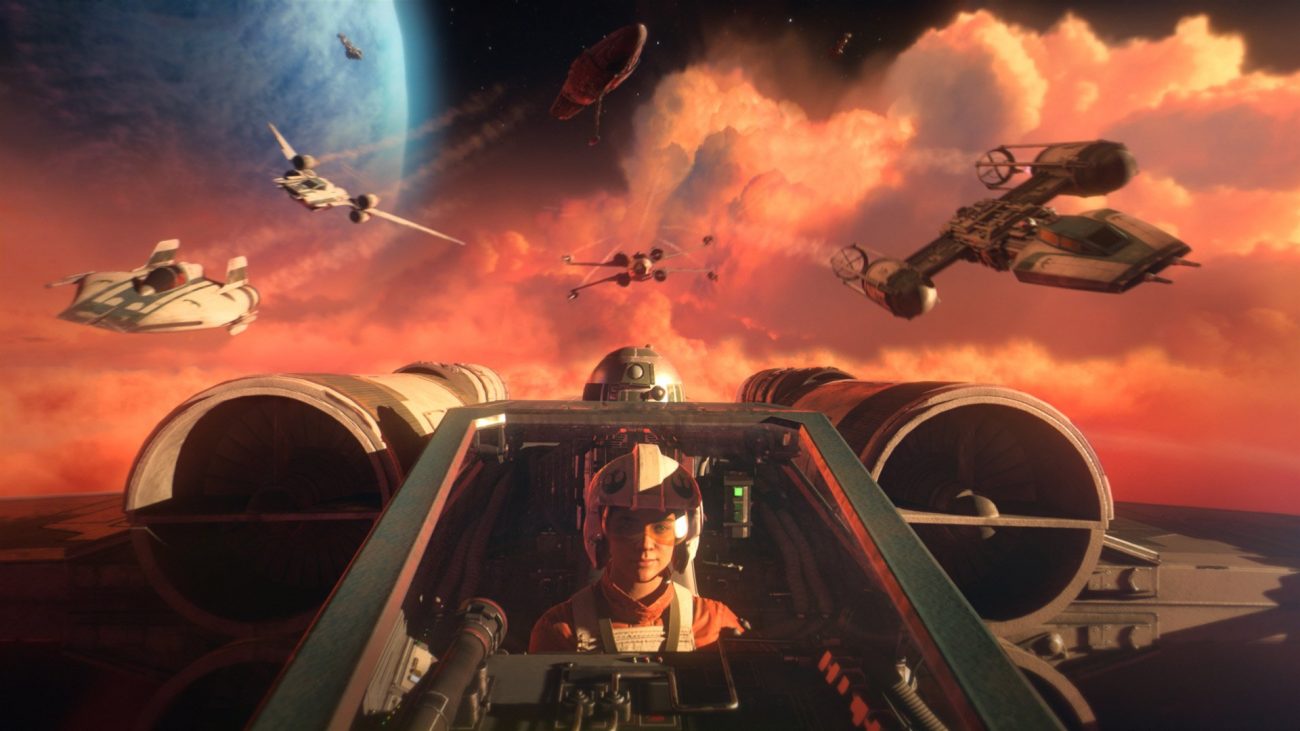 This is a scene from the video game "Star Wars: Squadrons." The Catholic News Service classification is A-II -- adults and adolescents. The Entertainment Software Rating Board rating is T -- teens. (CNS photo/Electronic Arts)

NEW YORK (CNS) — In the seemingly endless battle between the light and dark sides first chronicled on the big screen by writer-director George Lucas in 1977, pilots race across space in “Star Wars: Squadrons” (Electronic Arts).

Though pyrotechnic effects and some earthy talk make the game inappropriate for young kids, it’s acceptable for most others.

Set after the Battle of Endor portrayed in the 1983 film “Star Wars Episode VI: The Return of the Jedi,” the immersive action finds the good guys of the New Republic, recently formed by the Rebel Alliance, continuing the conflict against the evil and crumbling Galactic Empire.

In need of a proper defense, the fledgling government undertakes the construction of a powerful flagship for their fleet, a project protected by the Vanguard Squadron. At the same time, however, the Empire’s Titan Squadron, comprised of elite pilots, is assigned the task of ensuring the vessel is destroyed before it ever takes to the skies.

Throughout the story mode, players alternate between the two forces. As fighters for the Empire, they are given missions that involve attacking innocent civilian ships or medical frigates. As honorable Vanguard warriors, by contrast, they carry out straightforward raids on Imperial opponents and also serve as escorts for civilians.

A tutorial provides users with an introduction to the mechanics, and the difficulty level can be adjusted in settings. This makes the gameplay much more accessible to any newcomers to the “Star Wars” gaming franchise.

There’s an online competitive mode where players select a pilot and, in two teams of five, engage in death match-style fights or participate in larger fleet battles against computer or human controlled enemies. Teams are made by friends joining up or through matchmaking services that load gamers in with other users.

Voice chat can be enabled so players can communicate. But this option can be disabled if parents wish to limit online exposure.

Cross-play is allowed, meaning that people on different platforms can play together, provided they are on the Electronic Arts friends list.

There is no gore. But whenever ships are destroyed, they erupt in a fireball and cries of pain can be heard over the radio from dying civilians or enemy pilots.

The line between those who are in the right and those backing an immoral cause is clearly delineated. The Republic unmistakably occupies the ethical high ground, fighting for a free and democratic galaxy. For their part, the Imperials are, as ever, obsessed with seeking revenge and obtaining power — even at the expense of innocent life.

As the game pulls players ever deeper into the stories of the different pilots, it becomes obvious that war is at least as much about the people who fight side-by-side as it is about any grander political scheme. Yet the Republic’s forces demonstrate bravery and courage even in the face of certain death precisely because they believe in their righteous purpose.

NEXT: Nun paints icon of Mary, Undoer of Knots to offer hope amid pandemic