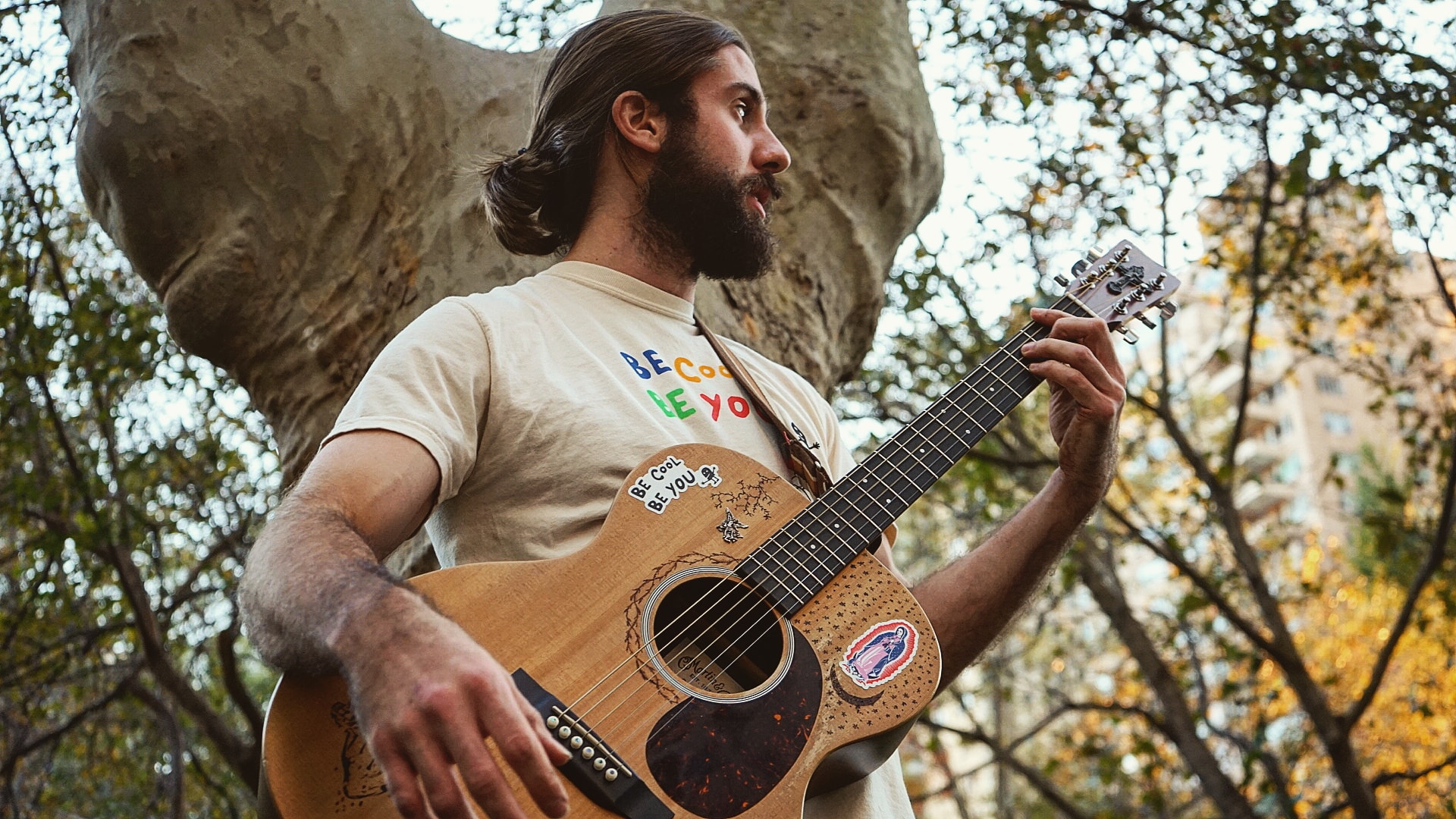 Singer-songwriter Jack Terzian is using his musical gifts to inspire others to “be cool, be you” and glorify God. (Photo courtesy of Jack Terzian)

A local singer-songwriter is using his gifts to let others know it’s a “beautiful day” to just “be you” – and, in the process, glorify God.

Jack Terzian, who grew up in St. Katharine of Siena Parish in Wayne, describes his acoustic-rap style as one that “speaks to the truth of human existence” while showing he “(believes) in Jesus.”

Yet 23-year-old Terzian said he doesn’t label himself as a specifically Catholic or even Christian artist.

“Anyone in the secular market could hear my music and think, ‘What is that guy doing, what’s going on in his life?’” he said. “Hopefully you can see the origin and source of that living water that flows through me.”

That source is Christ alone, said Terzian, who will perform two sets of music at the Independence Mall rally following the Jan. 23 Philadelphia March for Life.

With his new single “Beautiful Day” (featuring rapper MOO$H) on YouTube and SoundCloud, Terzian’s blend of chilled-out energy, set against a relaxed groove and sparse piano riffs, is infectious.

Filmed in the city’s Grays Ferry neighborhood, where Terzian now lives, the video features exterior shots of St. Gabriel’s Parish as well as neighborhood kids and young adults, many of whom the artist has served as a youth minister.

Coming to understand who he was in relation to God marked “a big point of conversion” in his life, said Terzian.

But the journey to that realization was a long and painful one. While growing up, Terzian experienced serious family difficulties that caused him to “find meaning in the world, instead of from within.”

As a result, “I spent some time … chasing the passions of my flesh for a while, and allowing that to define who I was,” he said.

Such insecurity even impacted his deep love of music. While in grade school, he “became ashamed” of his gifts after being mocked.

For some children, the incident would have quashed all musical ambitions, but Terzian instead shifted his focus to supporting other performers, a move for which he credits the divine.

“God never abandons us,” he said. “He allowed me to be involved in musical activities through high school. I wasn’t creating the content, but I applied my creativity in other ways, trying to be of service.”

He began managing a friend who was an aspiring rapper, an experience that afforded Terzian the chance to “meet really cool people and book cool shows.”

That taste of the entertainment business in turn led him to enroll in Loyola University of New Orleans, from which he graduated in 2019 with a bachelor of science degree in music industry studies, having been mentored by department chair and Grammy Award-winning producer John Snyder.

During his college years, Terzian still struggled with finding his place, musically and spiritually. After relinquishing his role as an artist manager, he picked up the guitar and started playing in church.

“I didn’t think I was that good,” he said. “But one day, I was really able – thanks to a friend’s encouragement – to play well in that setting. That led to a lot of self-confidence in being able to make my own music.”

Telling his own story was “like therapy,” he said, as were the Bible studies and the adoration chapel he began frequenting.

“I started going to the chapel not fully understanding or knowing about adoration, even though I’d been raised Catholic,” said Terzian. “But I knew I found peace there, along with freedom and forgiveness.”

Over time, “God slowly but surely changed the desires of my heart,” he said.

Following graduation, Terzian returned to the area and worked for two years in youth ministry. Nowadays, he’s pursuing a full-time musical career while building his own brand: “Be Cool Be You.”

The goal of the initiative is to “show people who they are, created by God,” he said. “Once you have that understanding yourself, then you can shape the culture around you.”

The perspective allows youth to “be able to go into society” without losing their faith or “(chasing) the status of some other social media star,” said Terzian.

In addition to his brand and his music, Terzian is active in Mission Youth Philly, a young adult apostolate of the Legionaries of Christ, while coordinating the Philadelphia chapter of the Frassati Society. Named for Blessed Pier Giorgio Frassati, an early 20th-century Italian young adult with an active cause for canonization, the group offers fellowship and opportunities to socialize through outdoor activities such as hiking.

Like Frassati (who died of polio in 1925 at age 24), Terzian regards “the Eucharist as the number one” priority in his life.

“The nourishment it provides opens the floodgates to knowledge and peace,” he said. “It is the food that gives us energy in this world to live in the fullness of our existence.”

NEXT: Archbishop Perez inspires young adults to learn, get involved in church