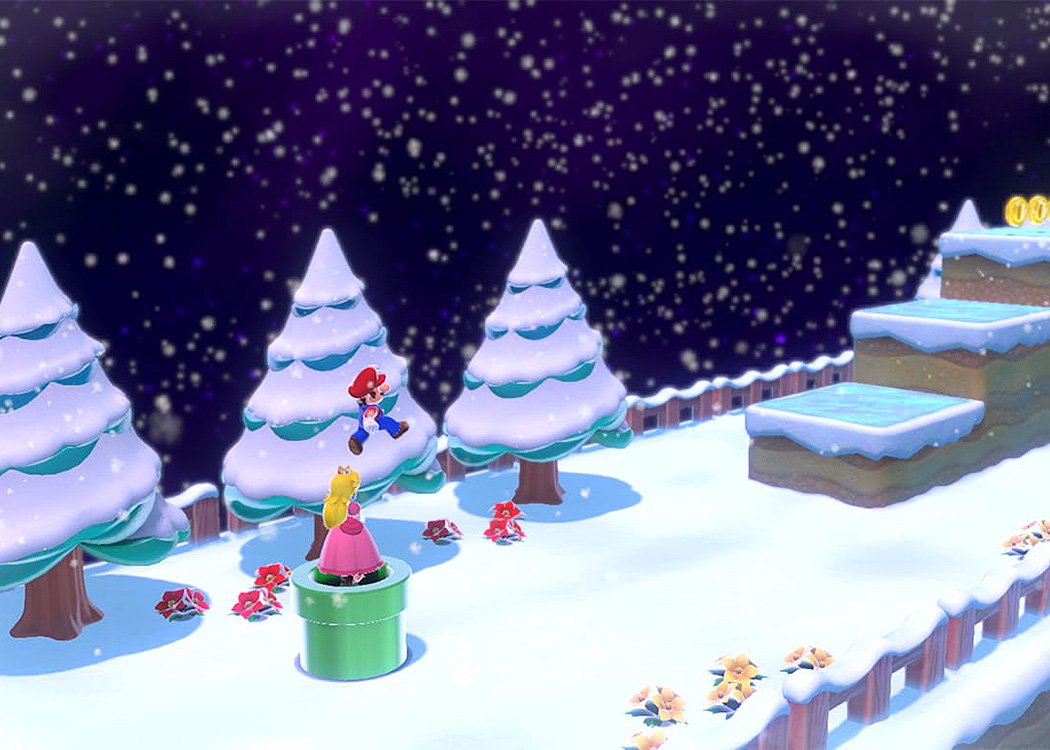 This is a scene from the video game "Super Mario 3D World + Bowser's Fury." The Catholic News Service classification is A-I -- general patronage. The Entertainment Software Rating Board rating is E -- everyone. (CNS photo/Nintendo)

Nothing is ever simple for the red-capped plumber, not even a show of fireworks. While watching the flying sparks with his brother, Luigi, and his friends Peach and Toad, Mario’s enjoyment is interrupted by the arrival of a fairy-like Sprixie princess.

She informs the group that their turtle-back antagonist, Bowser, has captured all the others of her kind and is holding them prisoner. In response, the foursome enters the pipes that transport them to the Sprixie Kingdom and works together to foil Bowser yet again. The adventure that follows demonstrates that amicable teamwork will always save the day.

In contrast to the original title, the new Nintendo Switch port adds online functionality to this iteration, allowing players to join up with local or online pals. There is no matchmaking, meaning that users must be previously added to the gamer’s friends list before they can compete.

These new additions aside, the basic experience remain unchanged. Players explore numerous three-dimensional levels filled to the brim with secret areas and items to uncover. Rather than being presented as a single, open-world arena, however, these tiers can only be accessed through a map.

“Bowser’s Fury” is a standalone add-on which can be accessed at any time from the main menu. It finds Mario traveling to the feline realm of Lake Lapcat, where, with the aid of Bowser Jr., he renews his struggle against his perennial nemesis — who has been transformed into a Godzilla-sized version of himself.

The puzzles across the game are varied but tend to become more difficult as the story progresses. Some feature timed elements that add to the challenge gamers face. Others demand creative thinking.

The artwork maintains its youthful vibrancy and the text-based dialogue is endearing. While the reading requirements may prove a hindrance to the youngest gamers, and bits of highly stylized mayhem may put this out of reach for the most sensitive small fry, Mario’s latest outing is a safe choice for all others.

The game contains cartoonish violence. The Catholic News Service classification is A-I — general patronage. The Entertainment Software Rating Board rating is E — everyone.

NEXT: Book sees ‘passivity’ as cause of crises in the church