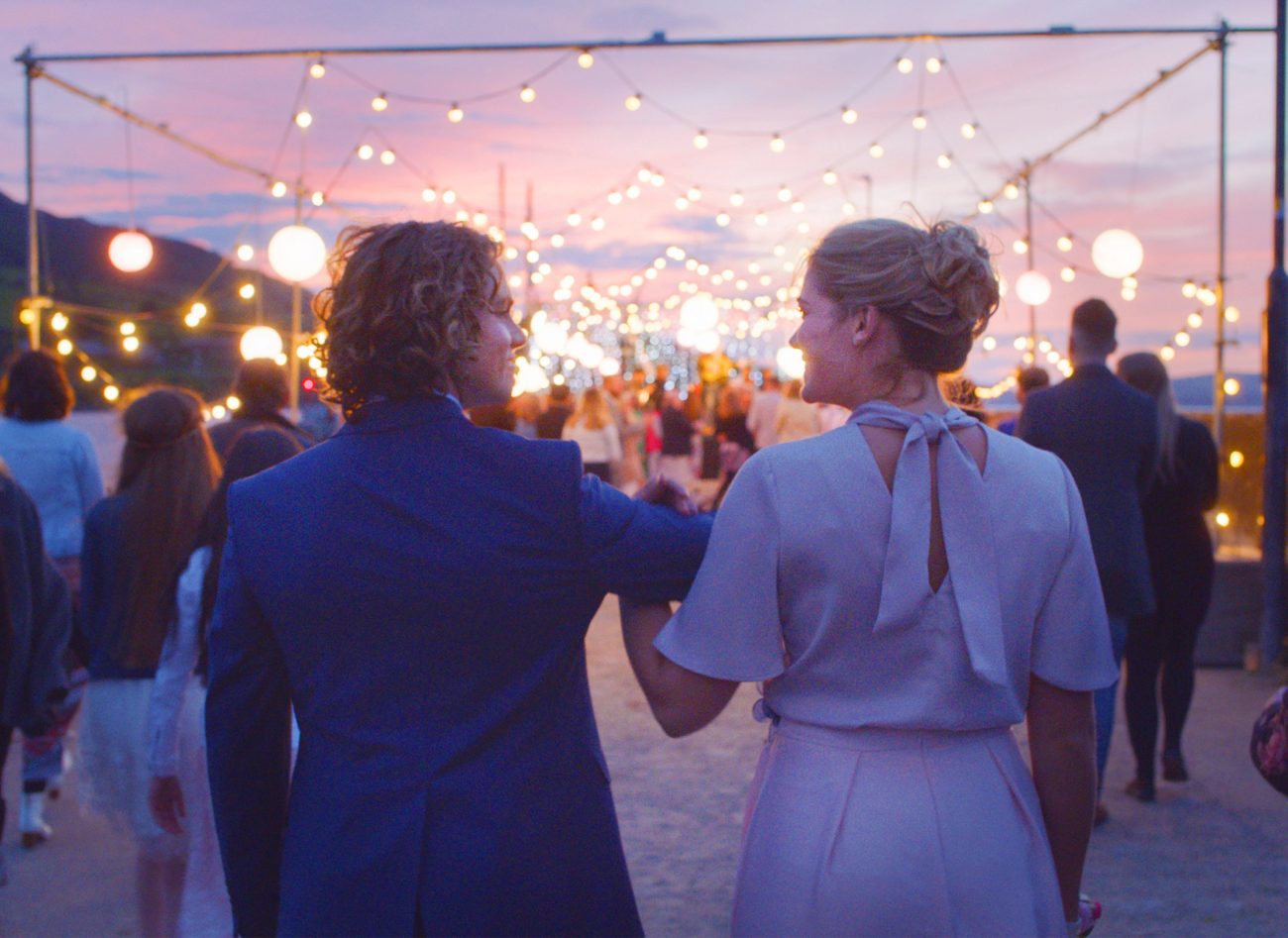 Jedidiah Goodacre and Rose Reid star in a scene from the movie "Finding You." The Catholic News Service classification is A-III -- adults. The Motion Picture Association rating is PG -- parental guidance suggested. Some material may not be suitable for children. (CNS photo/Anthony Courtney, Roadside Attractions)

NEW YORK (CNS) — In adapting Jenny B. Jones’ 2011 young adult novel “There I’ll Find You” into a big-screen romantic comedy, writer-director Brian Baugh has shortened its title to “Finding You” (Roadside).

He also has somewhat downplayed the book’s Christian themes. Yet a sense of God’s providence and care does seep into this coming-of-age story about an aspiring musician.

Things don’t begin too well on that score, however. After violinist Finley Sinclair (Rose Reid) fails her audition for a New York City music conservatory, she feels God has let her down. “So much for prayer,” she gloomily concludes.

On the rebound from her disappointment, Finley decides to spend a semester abroad in the same small coastal town in Ireland where her deceased brother, for whom she still grieves, had lived for a time years before. As savvy viewers will easily foresee, the experience that follows proves life-changing.

Finley’s transformation begins with a coincidence. On the plane, she’s seated next to Hollywood heartthrob Beckett Rush (Jedidiah Goodacre) who, as it happens, is on his way to a movie shoot in the same village where Finley will be staying. He’s making the latest installment in an ongoing franchise that’s filmed there.

Beckett is delighted that Finley maintains her cool around him. But her initial nonchalance deepens into skepticism about Beckett after she sees a magazine article detailing his bad-boy reputation. In response, he introduces one of the script’s major topics by observing that things are not always as they seem.

Whatever her feelings about Beckett, Finley won’t be getting away from him anytime soon. Her host family, the Callaghans, it turns out, own the B&B where he’ll be lodging.

Since the Callaghans — mom Nora (Fiona Bell), dad Sean (Ciaran McMahon) and daughter Emma (Saoirse-Monica Jackson) — are too busy to take Finley sightseeing, Emerald Isle veteran Beckett insists on being her guide to all that her new environment has to offer. Through Beckett, Finley meets local fixture Seamus (Patrick Bergin), an elderly homeless gent who is also (what else?) a fantastic fiddler.

As the result of a school service project that requires her to “adopt” a local senior citizen, Finley ends up paired with grouchy nursing home resident Cathleen Sweeney (Vanessa Redgrave). Although Cathleen makes it clear at the outset that she wants nothing to do with Finley, the latter persists in visiting and the two slowly develop a bond.

By spending time with her newfound friends, Finley learns to look beneath the surface and see into people’s hearts, thus enabling her own heart to heal. Musically, Seamus helps her to discover that playing with sincere emotion is at least as important as getting the notes right.

“You’ve got to play the sorrow as well as the joy,” he tells her. “They’re united. You can’t have one without the other.”

Given the significance of the lessons Finley learns — and their congruity with Gospel values — “Finding You” is probably acceptable for teens, some touches of vulgar language notwithstanding.

The film contains a few crude terms. The Catholic News Service classification is A-III — adults. The Motion Picture Association rating is PG — parental guidance suggested. Some material may not be suitable for children.

PREVIOUS: A look at labor justice through a Catholic lens