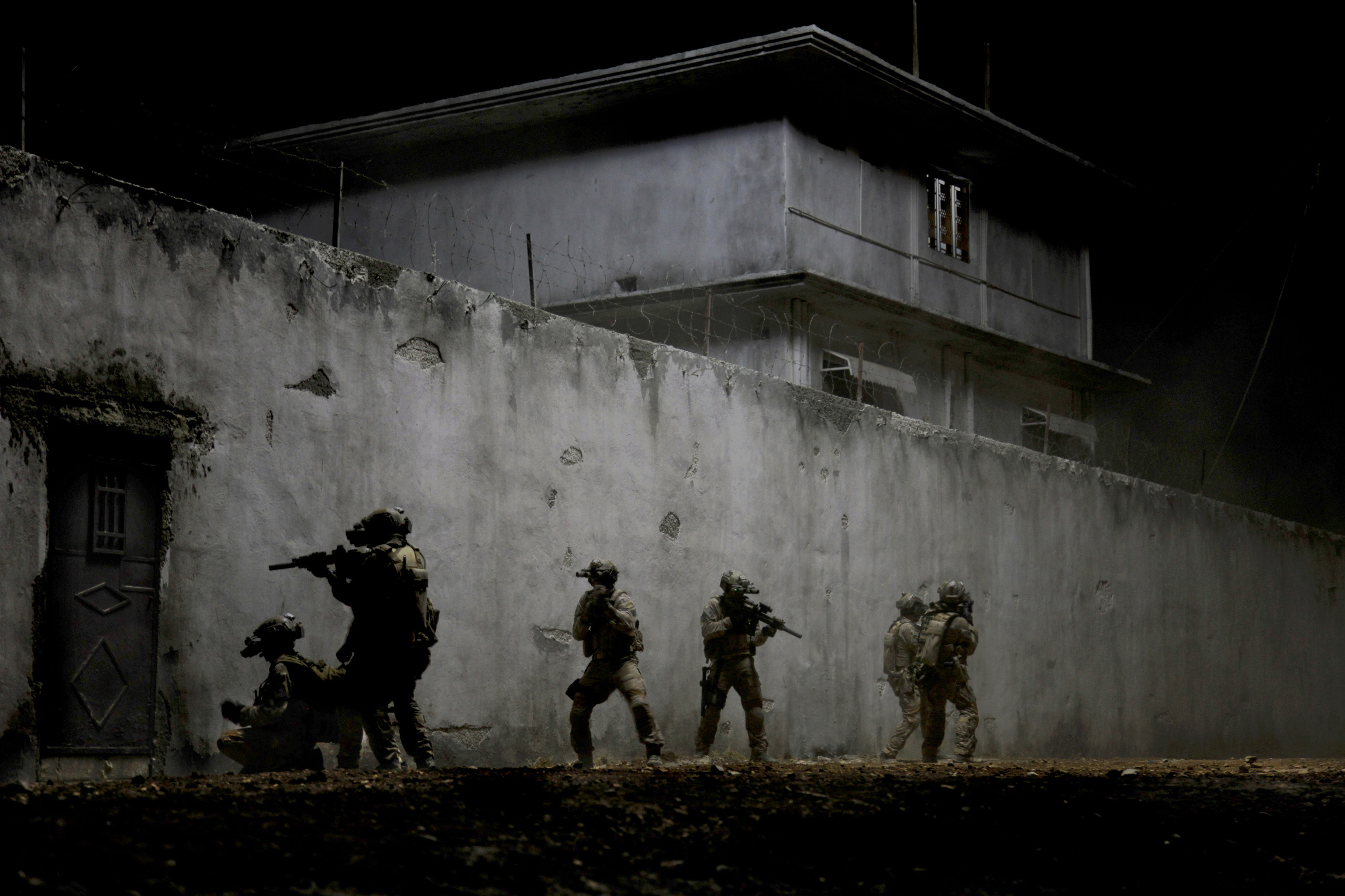 This gritty glimpse into the underworld of acknowledged detention centers and concealed prisons, known as “black sites,” raises ethical quandaries and presents content that will prove unsettling even for many adults.

The action centers on a relentlessly determined CIA officer named Maya (Jessica Chastain). Urged on by her superiors, one of whom demands that she “bring me people to kill,” Maya painstakingly gathers intelligence hints concerning bin Laden’s whereabouts and those of his confederates.

Eventually she weaves these slender strands of evidence together sufficiently to track America’s public enemy number one to his fortified compound in Abbottabad, Pakistan. There, as enacted in the film’s climax, Navy SEALs killed him in May 2011.

Some of Maya’s leads are obtained by her colleague Dan (Jason Clarke), who employs both physical and psychological torture to break down the prisoners he interrogates. His techniques include water-boarding, a process that simulates the effects of drowning, close confinement and various forms of humiliation.

While director Kathryn Bigelow and screenwriter Mark Boal have crafted a compelling drama, their movie’s moral stance is ambiguous. The harsh reality of so-called “enhanced interrogation,” as practiced by Dan, is graphically portrayed. Yet the results of subjecting prisoners to it are shown to be effective.

Viewers will need a strong grounding in their faith to discern the proper balance between the imperative of upholding human dignity and the equally grave obligation to save innocent human lives. They will also need to guard against the temptation to revel in the death of an evildoer.

As God asks the prophet Ezekiel, “Do I find pleasure in the death of the wicked — oracle of the Lord God? Do I not rejoice when they turn from their evil way and live?” (Ez. 18:23)

In keeping with the tough-guy tone of the spying and soldiering worlds in which “Zero Dark Thirty” is set, moreover, the dialogue involves a steady assault with F-bombs and other vulgarities.

The film contains considerable violence, including scenes of torture and degradation, brief rear nudity, at least one use of profanity as well as frequent rough and crude language. The Catholic News Service classification is L — limited adult audience, films whose problematic content many adults would find troubling. The Motion Picture Association of America rating is R — restricted. Under 17 requires accompanying parent or adult guardian.

NEXT: Is ‘game over’ the proper Catholic response to violent video games?