Almost-dead hero of ‘The Revenant’ rises from grave, bent on revenge 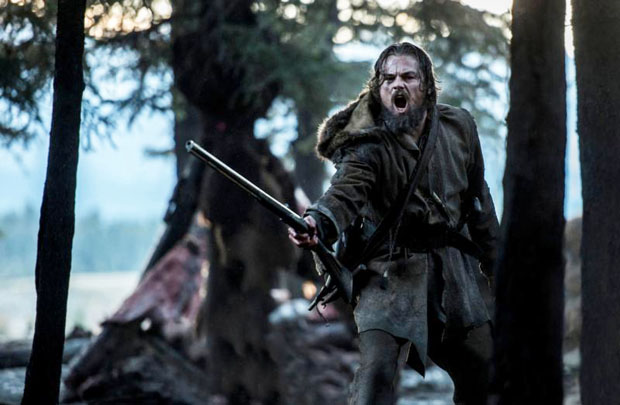 Leonardo DiCaprio stars in a scene from the movie "The Revenant." The Catholic News Service classification is L -- limited adult audience, films whose problematic content many adults would find troubling. The Motion Picture Association of America rating is R -- restricted. Under 17 requires accompanying parent or adult guardian. (CNS photo/Fox)

NEW YORK (CNS) — If your idea of entertainment is watching Leonardo DiCaprio gorge on the raw liver of a freshly killed buffalo, then “The Revenant” (Fox) is for you.

This wilderness survival drama, directed and co-written by Alejandro Inarritu (“Birdman”), is chock full of squeamish moments. But for adults with stomachs strong enough to last the duration, rewards await: a powerful film with first-rate performances, stunning cinematography, and timely messages about good versus evil, and of redemption versus revenge.

In what is present-day South Dakota (but filmed in Canada and Argentina), the company of men traps beavers for their prized pelts while enduring the ravages of winter and frequent raids by Native Americans.

Glass sympathizes with the latter, as he married a Pawnee woman (Grace Dove), who was killed by a U.S. soldier. Their mixed-race son, Hawk (Forrest Goodluck), is a member of the expedition.

Disaster strikes when Glass is attacked by a grizzly bear, an especially grisly scene. Barely alive and unable to move or speak, he must remain behind while the others go for help. Three volunteers agree to stay with him: John Fitzgerald (Tom Hardy), a trigger-happy hunter; Jim Bridger (Will Poulter), a wide-eyed innocent guide; and Hawk.

Capt. Henry’s instructions are clear: care for Glass, but should he succumb, provide a decent burial.

Fitzgerald seethes with impatience, as Glass’ accident has set back his lucrative hunting plans. So he decides to smother Glass to put an end to his misery, and allow the others to move on.

Hawk intervenes to stop the murder, but is killed by Fitzgerald, who proceeds to toss the still-alive Glass into a shallow grave, to Bridger’s horror. The two men then depart, leaving Glass for dead.

Or so they think.

Glass refuses to succumb, crawls out of the grave, and embarks on a 200-mile odyssey through vast uncharted lands to avenge his son’s murder and bring Fitzgerald to justice.

As such, he becomes a “revenant,” or one returned from the dead.

Glass’ reappearance made newspaper headlines at the time, but the details of his story were sketchy, to say the least. Inarritu based his screenplay on the 2002 book “The Revenant: A Novel of Revenge” by Michael Punke, but admitted embellishing the story for dramatic purposes.

Along the way, Glass is assisted and befriended by a lone Pawnee, Hikuc (Arthur Redcloud). His family was also killed by the “white man,” but he offers measured advice.

“Revenge is in the Creator’s hands, not man’s,” he tells Glass.

Indeed, since seeking revenge is contrary to Christian teaching, we correctly leave the final judgment to God. Whether Glass takes this advice remains to be seen.

PREVIOUS: Film charts the ‘Joy’ of success, and misery of sudden stardom

NEXT: History of religious-themed books a tough read but worth the effort