Learn about the richness, challenges of Amazon region 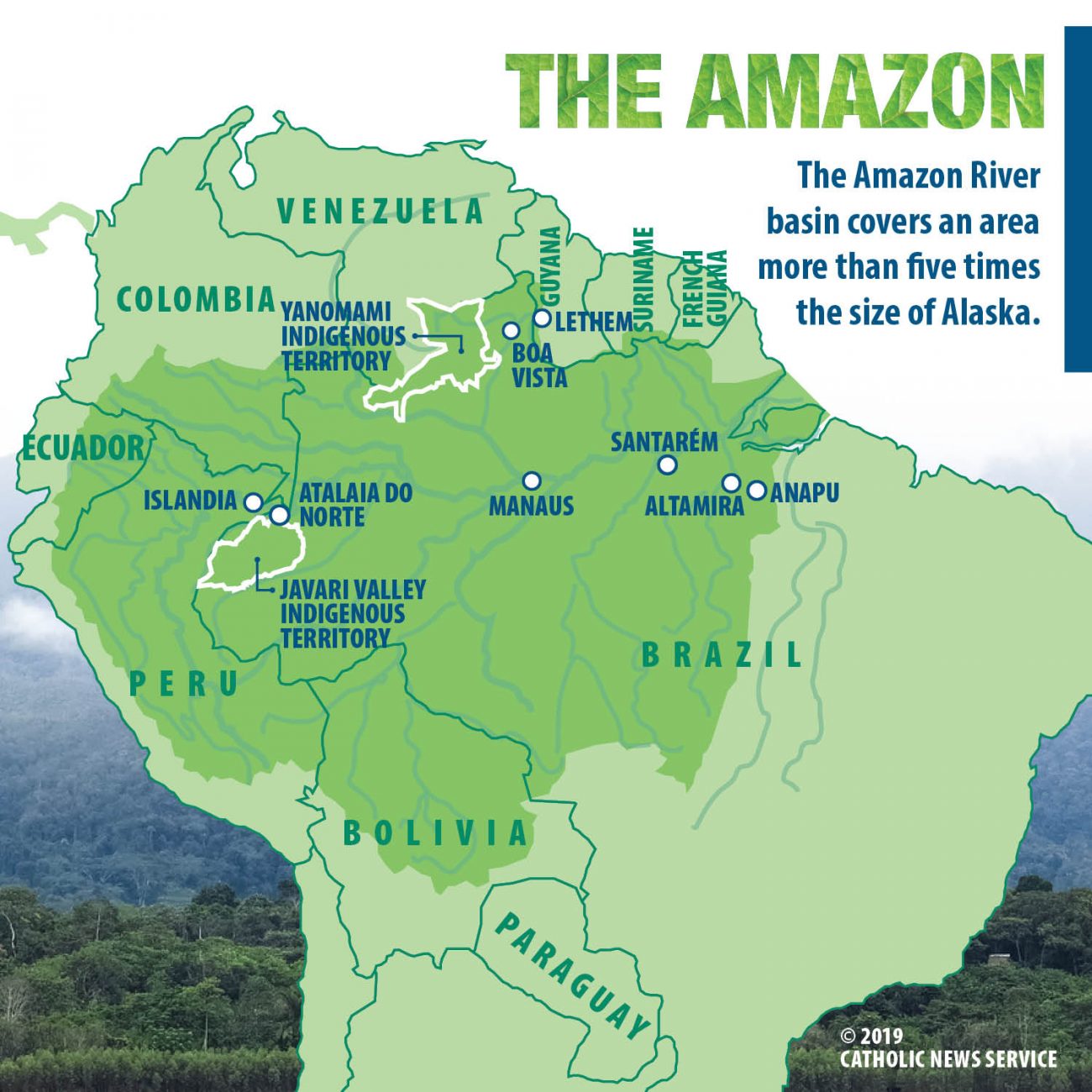 Learn about the sprawling and complex region that will be the focus of the Synod of Bishops on the Amazon Oct. 6-27 in Rome, through this special section by CatholicPhilly.com’s partner, Catholic News Service.

South America’s Amazon: Culturally diverse, globally important
When more than 100 bishops meet at the Vatican for a synod in October they will discuss the church’s ministry in a politically, culturally and ecologically complex region five times the size of Alaska.

In Amazon’s cities, indigenous people are often invisible
While some multiethnic neighborhoods lack basics such as potable water, trash collection and sewage treatment, people are proud of their communities in cities that often are hostile to the indigenous.

Sister Dorothy Stang helped landowners see forest through different eyes
She and her team of Sisters of Notre Dame de Namur, who had moved to Anapu to accompany the farmers, had worked in Brazil since 1966 and was a representative of the Catholic Church’s Pastoral Land Commission.

In the Amazon’s borderlands, ‘you have to be prepared’ for anything
The triple border shared by Peru, Brazil and Colombia along the Amazon River is a remote and lawless area that challenges the Catholic missionaries who work among its small towns and indigenous villages.

Miners, loggers, developers invade indigenous lands; isolated people die
Encounters with outsiders, followed by violence, disease and death, are a tragic pattern in the history of Amazonian indigenous people since Europeans first ventured into the lowlands nearly 500 years ago.

In Guyana’s Rupununi region, young people feel lure of city lifestyle
Roads are unpaved and often impassable, jobs are scarce and higher education is just a dream for most young people. The prospect of making a fortune in the gold fields or as a laborer on a distant ranch in the Brazilian heartland is a powerful lure.

Retiree uses music, poetry to teach respect for environment in Amazon
Joseph Abraham, the son of two of the first teachers to work in Guyana’s remote Amerindian villages, never went to secondary school. Yet he became a teacher and principal of the school in Hiowa.

In Amazon towns, church workers help indigenous keep languages alive
Father Ron MacDonell, a Scarboro missionary from Nova Scotia, is a linguist who helps indigenous people in the Amazon region improve their reading of the Scriptures in their own languages.

Development threatens way of life in Amazon’s Afro-Brazilian communities
Although slavery as an institution no longer exists, forms of forced labor persist in the country. And “quilombolos,” as the residents of quilombos are known, still suffer from the racism and discrimination that made the brutal slave trade possible in the first place.

Struggles of families uprooted by Belo Monte reveal dam’s dark side
Science is showing that hydropower is not as environmentally friendly as once thought. A hydroelectric dam  created a huge reservoir that uprooted families and inundated the fishing grounds on which their livelihood depended.

After Amazonians migrate to cities, they struggle to survive
Poor harvests or a desire for jobs and an education drive people from rural areas to fast-growing cities, which generally are poorly planned and ill-equipped to deal with the influx of newcomers.

Residents fight to keep Amazon alive, ‘but big money speaks louder’
The economic boom that began in Latin America in the early 2000s is transforming the Amazon basin. Infrastructure projects such as highways, dams, river ports and navigation systems that had languished in earlier decades are back on the drawing board or under construction.