‘How the World Was:’ A boy’s life in the Great Depression 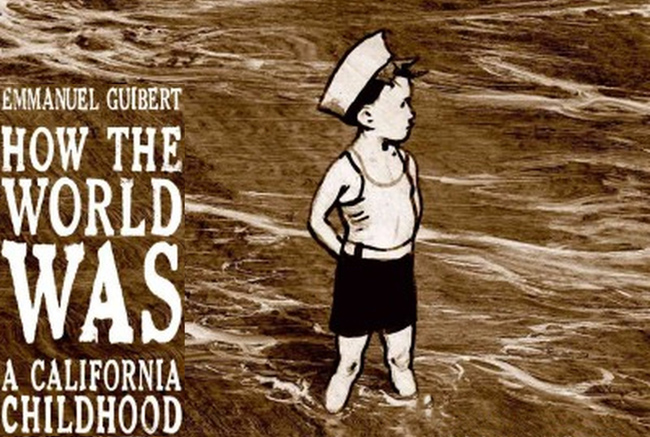 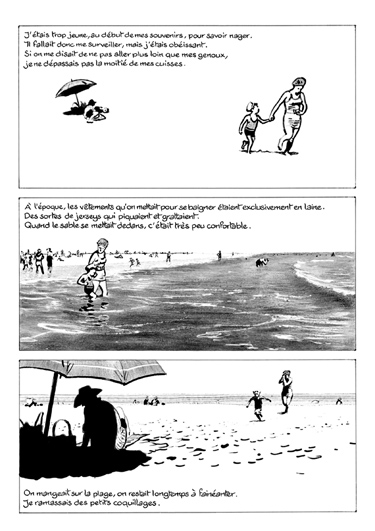 This is a page from the graphic novel “How the World Was: Life in the Great Depression.” (CNS photo/First Second Books)

NEW YORK (CNS) — Sometimes the best story is a simple autobiography simply told. Such is the case with “How the World Was: A California Childhood” (First Second) by Emmanuel Guibert and the late Alan Cope. This is a powerful and poetic graphic novel about what it was like for Cope to grow up during the Great Depression.

Guibert illustrates Cope’s memories in black and white. This is the second volume to result from the two men’s collaboration. The first, “Alan’s War,” was a highly acclaimed account of Cope’s service in World War II.

There is no violence, nudity or profanity in “How the World Was.” In one scene, the narrator recalls that his mother warned him to avoid self-gratification, a religiously grounded admonition that fell, for the most part, on deaf ears. Still, the subject is treated with sensitivity, if not in strict adherence to moral principle.

Millions of Americans struggled to survive during the economic depression ushered in by the stock market crash of October 1929. But “How the World Was” depicts just how difficult times really were. The Copes, for example, lived in 14 different houses before Alan’s father got a job teaching high school shop class in Pasadena.

Without Social Security or Medicaid, only the rich could afford to go to the doctor. The poor, like Cope’s grandfather, “just stayed sick and waited to die.”

These events are recounted in a straightforward manner that avoids hyperbole. The understated tone adds to the emotional depth of the story, and Guibert’s art is elegant and subtle.

Guibert often uses a lot of white space, with the characters almost lost in a corner of the panel. This approach conjures a sense of vulnerability, skillfully conveying that this was a time when people were much more exposed to death, disease and the elements.

Yet people in the 1930s also had simple joys, were less accepting of sexual immorality and senseless violence, and enjoyed an experience of nature that was much more unfiltered than ours is today. “How the World Was” opens with the Copes driving from Los Angeles to Santa Barbara. There are few skyscrapers and no smog, and Cope recalls the smell of lemons from the groves in the California hills.

These were the days not only before iPods but even before television, and Cope remembers gasping in awe when the last reel of a movie he was watching — 1934’s “The House of Rothschild” — unspooled in color. Children also had the seemingly boundless ability to use their imagination while playing outdoors for hours on end.

The climax of “How the World Was” comes with the untimely death of Cope’s mother after a botched surgical procedure. Cope’s fearless honesty allows him to recall his reaction when he heard the news: He asked his babysitter if they were still going to go to the movie they had planned to see.

Cope explains, convincingly, that this was not the behavior of a heartless brat but rather the denial of a child who simply could not confront the reality that he had lost his mother.

After his wife’s death, Cope’s father stopped going to church; not so his son. For the next two years, Cope tells us, he talked to his mother in prayer, requesting her guidance.

The novel ends with a long quotation from French sculptor Auguste Rodin (1840-1917) about the artist’s ability to create beauty out of pain. This is a theme that obviously dovetails with the Catholic theology of redemptive suffering — the notion, rooted in the Cross, that tragedy, patiently endured, can give rise to wisdom, virtue and spiritual growth.

Despite the elements listed below, at least some parents may consider this absorbing and educational read, considered as a whole, acceptable for older adolescents.

NEXT: Movie review: As Above, So Below